The Pakistan telecommunication authority (PTA) has banned the video creator application, TikTok, because of immoral content, an official said Friday.

“We have received a number of complaints from different segments of the society against immoral and indecent content which is being shared consistently on the social media platform.” PTA spokesperson Khurram Mehran told Anadolu agency. “We gave considerable time to the application managers to respond and comply with the authority’s instructions. However, they have failed to give any response, therefore, directions were issued for blocking the application.”

“However, TikTok has been informed by the Authority that we are open for engagement and will review the decision subject to a satisfactory mechanism by them to moderate unlawful content, as we understand that banning the application is not a permanent solution,” said Mehran.

Federal Information Minister Shibli Faraz said last month that Prime Minister Imran Khan was considering a ban because the app was spreading obscenity contrary to the cultural values of the country.

Pakistan is now the second Asian country to block the app this year, after India.

The Asia Internet Coalition, an industry association of leading internet and technology companies, wrote Wednesday to Khan, expressing concerns about the lack of consultation on revised social media rules that have reportedly been submitted to a Cabinet committee for final approval.

The letter said “the Rules if improperly formulated, would actively harm the business environment in Pakistan and its attractiveness as an investment destination for technology companies.”

Usama Khilji, head of Bol Bhi, a civil society organization geared toward advocacy and research in digital rights said: “Blocking an entertainment app that is used by millions of people, and is a source of income for thousands of content creators, especially those coming from smaller towns and villages is a travesty to democratic norms and fundamental rights as guaranteed by the constitution.”

Jannat Mirza, social media content creator and the only Pakistani who has 10 million followers on Tiktok, said the government should not take steps to damage the future of young content creators.

“There is a very little ratio of content which is not suitable for children but this is a huge platform and government should make rules to regulate it rather than blocking it,” she told Anadolu Agency.

The popularity of TikTok can be gauged by statistics released by Priori Data that showed it crossed 1.9 million downloads on the App Store and Play Store by the end of November 2019 in Pakistan.

“We hope this disappointing decision is reversed immediately and efforts are made to loosen the grip over what the people in Pakistan can read, watch, speak or do,” Rimmel Mohydin, South Asia campaigner for Amnesty International told Anadolu Agency. 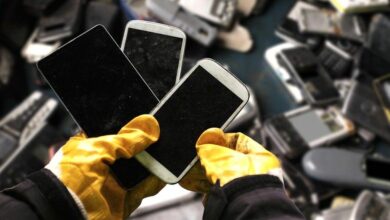 E-waste: Five billion phones to be thrown away in 2022