The Nobel Prize in Chemistry has gone to three scientists for their work on linking molecules together, known as “click” chemistry.

It is used in developing cancer treatments and directly targeting tumour cells.

The work transformed how chemistry can be done, making it simpler and more effective.

Carolyn Bertozzi, who pioneered bioorthogonal chemistry that links living cells, is the eighth woman to win the Chemistry Nobel.

“I’m absolutely stunned. I can hardly breathe,” Professor Bertozzi said from the US when the Nobel Committee called her in the middle of the night.

Professor Barry Sharpless, also from the US, has now won the Nobel Prize twice. The first time was in 2001 for chiral catalysts.

Professor Morten Meldal, from Denmark, told the BBC’s Newshour programme he was “shaking for half an hour” after he found out he won.

Prof Sharpless and Prof Meldal worked independently but together laid the foundations of “click” chemistry.

To understand it, think about how Lego works. One piece has bumps and one piece has holes. You press them together and they click to join.

“Two chemical partners are perfectly designed to match each other so that when they come into contact with each other in the right environment, they just click together,” she told BBC News.

But at first it could not be used in living cells – essential for understanding disease – because it involved the use of copper which kills cells.

Professor Bertozzi’s groundbreaking discovery made click chemistry work in living cells. She was able to bypass the copper ions by using other components that react.

Her work means scientists can do “chemistry inside the human body, to make sure drugs go to the right place and stay away from the wrong place”, she said.

It is also a “biological discovery tool” that allows scientists to see new molecules that we didn’t know existed, she explains.

The Nobel committee praised the scientists’ work for making chemistry functional and said they had an enormous impact on science.

“This year’s prize deals with not overcomplicating matters, instead working with what is easy and simple,” said Johan Åqvist, chair of the Nobel Committee for Chemistry.

On Monday, the committee gave the Physiology or Medicine prize to Svante Paabo for work on human evolution.

Tuesday’s Nobel Prize in Physics rewarded research into quantum mechanics – the science that describes nature at the smallest scales.

Previous winners of the Nobel Prize in Chemistry

2021 – Benjamin List and David MacMillan won the prize for their work on building molecules that are mirror images of one another.

2020 – Emmanuelle Charpentier and Jennifer Doudna received the award for developing the tools to edit DNA.

2019 – John B Goodenough, M Stanley Whittingham and Akira Yoshino share the prize for their work on lithium-ion batteries.

2016 – Jean-Pierre Sauvage, Fraser Stoddart and Bernard Feringa shared the prize for the making machines on a molecular scale.

Whatever Happened to The Kuwaiti Underground Plan? 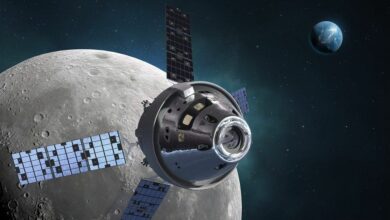