At least three rockets hit the Iraqi military air base of Balad north of Baghdad, which hosts some US contractors, on Sunday, Iraqi security officials said.

There are no immediate reports of casualties.

No group immediately claimed the attack, but armed groups that some Iraqi officials say are backed by Iran have claimed similar incidents in the past.

The Pentagon said it was aware of reports of the attack, but added that no US or Coalition troops were assigned to Balad Air Base. “A private US company has contractors working there for the Iraqis. Initial reports are that there are no US casualties or damages,” Pentagon Spokesperson Com. Jessica McNulty said. 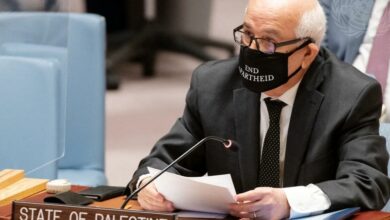