The COVID-19 pandemic is stretching national health systems to their limit across the world. In some countries that have been particularly affected by the pandemic, such as Italy and Spain, legally enforced lockdowns have been imposed to help slow the spread of the virus and ease the pressure on public health services.

The United States, where all 50 states have confirmed cases, however, is more susceptible to the impact of this public health emergency than any other industrialised nation. If its leaders do not take swift action and implement fundamental reforms, the pandemic will cause more devastation there than it already did in Europe.

European nations are struggling to respond to the crisis despite having relatively well-functioning social security systems and universal health coverage. The US, however, has neither. Neoliberal policies implemented by consecutive administrations, which prioritise maximisation of profit for corporations and the rich over the wellbeing of ordinary citizens, have left the country completely unprepared to tackle a health crisis of this scale.

45,000 Americans are dying each year because they do not have health coverage. 30 million people are living without medical insurance and a whopping 137 million are facing financial hardships due to medical debt. One in four US workers – more than 32 million – is not entitled to paid sick days.

As COVID-19 rapidly spreads across the country, these pre-existing weaknesses put the US on course for an unprecedented socioeconomic catastrophe.

However, there is opportunity in crisis. As it exposes the nation’s flaws, weaknesses and moral blind spots like never before, the coronavirus pandemic can make Americans of all walks of life realise that neoliberal policies that value profit over human life are a threat to national security. This realisation can in turn pressure the US leadership to implement the necessary reforms to ensure all Americans have social security, comprehensive labour rights and access to adequate healthcare.

The Trump administration tried to tackle the pandemic as if it is merely an economic threat. Earlier this month, the Federal Reserve Bank of New York announced that it would offer $1.5 trillion in short-term loans to banks to “address highly unusual disruptions in Treasury financing markets associated with the coronavirus outbreak”. There has also been talk of bailing out airlines that are facing bankruptcy as a result of the pandemic. This approach, however, already caused a considerable backlash, with many pointing out that the bailout money could be better spent on other priorities, like student debt relief or universal healthcare.

Just weeks ago, Democratic presidential candidate Senator Bernie Sanders’s “Medicare for All” universal healthcare proposal was being dismissed by many as unrealistic, unaffordable and even un-American. However, such schemes do not appear so far-fetched now that the country is dealing with a virus that can potentially kill more than a million and collapse the economy.

There are growing calls for the federal government to change the way it treats its citizens and local administrations across the country already started implementing measures to address some of America’s most fundamental weaknesses that are being exacerbated by the deadly pandemic.

Some cities and states have halted evictions, mortgage payments and student and medical debt, and they are now considering suspending utility bills, water shutoffs and bank fees. Some jurisdictions have delayed arrests for nonviolent offences, and federal immigration officials have halted most arrests. And with the coronavirus pandemic poised to become a humanitarian crisis in the nation’s prisons, jails and migrant detention centres, there are renewed calls for decarceration.

Moreover, as the coronavirus pandemic threatens to exacerbate socioeconomic inequality and vice versa, some lawmakers even proposed implementing a policy of basic universal income to counter unemployment and prevent an economic depression.

In addition, as the virus complicates in-person voting and threatens to disrupt the US election, there have been proposals to allow voting by mail – a policy that would expand voter participation across the country.

Policy proposals that would have been swiftly dismissed as fringe left-wing fantasies merely a few weeks ago are now being discussed in the mainstream. This shows that long before reaching its devastating peak, the coronavirus pandemic has already changed US politics.

And there is no reason for the change to stop here. The coronavirus pandemic could be the wake-up call the US has long been waiting for.

Some 80 years ago, Japan’s unexpected attack on Pearl Harbour finally convinced the US to stop ignoring a war that was about to reach its shores and devastate its people. In response to the military attack, Washington embarked on a campaign to prepare the country for war. The industry was mobilised to manufacture military equipment and all Americans were encouraged to help the war effort in every way they could.

The coronavirus pandemic can be this century’s Pearl Harbour moment for the US. In the face of this crisis, Washington can choose to acknowledge the threat neoliberal policies, growing inequalities and injustices pose to the nation and take action. Just like it made manufacturing of military equipment a priority all those decades ago, it can now shift its defence spending to public health as a matter of national security.

In a worst-case scenario, coronavirus can kill 1.7 million Americans and infect 214 million others. But if Washington chooses to hear the growing calls for change and swiftly moves to implement the reforms necessary to address the problems that make this public health emergency particularly deadly, this tragedy can eventually pave the way for a new and more just America. 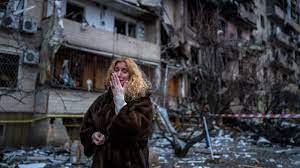