The third cargo of an Iranian tanker flotilla carrying fuel for gasoline-thirsty Venezuela on Tuesday reached the nation’s exclusive economic zone as the previous two were discharging at state run PDVSA’s ports, according to Refinitiv Eikon data.

The Iran-flagged tanker Petunia crossed the Caribbean Sea earlier on Tuesday, following the route taken in recent days by vessels Fortune and Forest.

The Fortune was welcomed on Monday at PDVSA’s El Palito refinery by Venezuela’s oil minister, Tareck El Aissami, who thanked Iran for its support during the crisis, which has forced Venezuelans to wait in long lines for gasoline.

The deal has been criticized by the United States as both OPEC-member nations are under sanctions. A US official said earlier this month that President Donald Trump’s administration was considering responses to the shipment, prompting the Iranian government to warn Washington against any military action.

The vessels did not appear to encounter any interference during their journey. 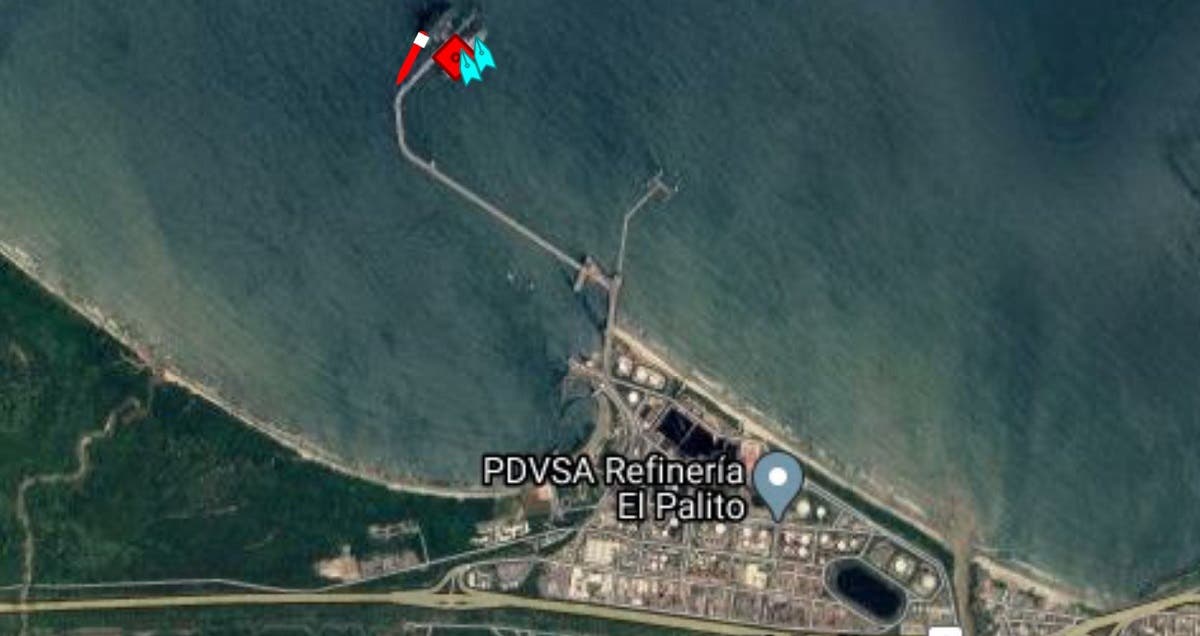 An Iranian vessel carrying fuel supply has moored at the refinery of El Palito in Venezuela. (Twitter)

The second tanker in the flotilla, the Forest, docked on Tuesday at a port serving PDVSA’s second largest refinery, Cardon, on the nation’s western coast, according to two sources and the Eikon data.

As the tankers discharge the imports, which include gasoline and components for motor fuel production, PDVSA is working to recover a portion of the domestic refining capacity it has lost in recent years due to mismanagement, lack of qualified personnel and delayed maintenance due to limitations under the US sanctions.

The Venezuelan firm, whose nameplate refining capacity reaches 1.3 million barrels per day, increased crude processing for fuel production to 215,000 bpd this month, from 110,000 bpd in March, according to sources and company data.

But its crude output and exports took another hit in May due to lack of buyers amid sanctions, which has pushed stocks up. South Korea, US to hold scaled back military exercises