In September last year, fashion weeks were held in the cultural powerhouse cities of New York, London, Milan and Paris as part of the Spring/Summer 2021 season.

Overall, 41.3 percent of models were people of colour, a slight increase from the previous season, which had a rate of 40.6 percent, according to The Fashion Spot, an online magazine that monitors diversity in the industry.

However, with the next round of fashion weeks to begin on Sunday, critics say last season’s marginally improved figure was a show of tokenism.

They believe much more needs to be done to achieve real diversity – both in front of and behind the camera – while collectively trying to shift industry attitudes to achieve fundamental change.

Somriddho Dasgupta is a 20-year-old androgynous model who has lived in the United Kingdom since 2016 after emigrating from India and has worked with big names, including Nike and Foot Asylum.

But he feels marginalised and says one of his first experiences in the industry was exploitative and “dehumanising”.

“It seemed like they were trying to be inclusive. However, when I arrived at the shoot, I was the only ethnic minority. All the other models in the campaign were white. I didn’t think much of it at the time. However, in hindsight, I realised they were using me as an accessory to seem inclusive and diverse. It felt a bit dehumanising.”

In recent years, Black, Asian and ethnic minority models have increasingly denounced certain ways they are treated differently when it comes to styling.

Beauty brands have been criticised for not making foundation shades that are suitable for people with darker skin tones. There is also rising criticism about a lack of hairstylists able to cater to non-white models.

But ultimately, stereotyping and fetishisation are the greatest concerns.

She is working on the UK’s first policy paper focusing on representation and inclusion in the industry.

The barriers for people working in the fashion industry from ethnic minority backgrounds are “deeply embedded and need to change”, she said.

“If a child’s grades are marked down by college teachers who don’t understand or value their creative references and work, this impacts their grades across the board and, ultimately, the perception of them as they enter the workforce.

“If a promotion is denied to those from marginalised groups, then how can they reach leadership roles? The evidence we have garnered for our paper has repeatedly highlighted these structural barriers.”

How To Gradient Lips 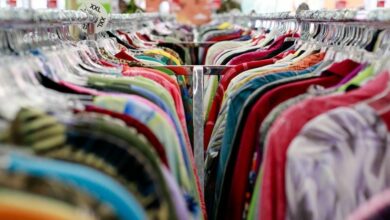 45 AMAZING MAKEUP HACKS YOU SHOULD KNOW

Why Do We Have to Look Perfect on Social Media?