The breathtaking moment the world’s largest observation wheel was erected on Bluewaters Island in Dubai is revealed tonight in the latest episode of Impossible Engineering.

The Ain Dubai wheel, which is twice the size of the 135 metre tall London Eye, features 48 specially designed pods, making it able to carry 1,900 passengers.

It’s a record-breaking structure, held up by four legs each weighing the same as a Boeing 7X7 jumbo jet, and will  officially open to the public later this year.

The spectacular landmark, located on the man-made Bluewaters Island, looms over the horizon at a height of over 250 metres and the rim of its wheel alone weighs about the same as 16 Airbus A380 jets.

In the latest episode of the show, which airs tonight on the Yesterday Channel at 9pm, project manager Piers Sidey explains how he and his team were able to pull off such a feat of engineering.

‘There are obviously other observation wheels around the world, but we’re about 50 per cent bigger than the current biggest,’ he said.

When the project is complete, the wheel will be more than 200 per cent taller than the first ever observation wheel.

Currently, the world’s tallest Ferris wheel is the High Roller in Las Vegas, US, which stands at 167 metres.

The separate parts of the Dubai wheel were brought over to the island on boats. Sidney admitted: ‘Transportation was really only ever going to be by water, so because we’re on an island we bring them on by barge.’

First to be erected were the wheel’s four legs, which each weigh 900 tonnes and are 125 meters long.

The largest type of crane in the world, which can lift 1,200 metric tons, was used in the process.

The heaviest part of the wheel is the hub and spindle, which connects all the legs together and carries the entire weight of the wheel.

The project manager explained: ‘We lift them off with two of the largest cranes in the world – 3,000 tonne capacity units working at about 98 per cent of their safe working capacity. It’s the biggest tandem lift and certainly the highest tandem lift that has been done before.’

Next was the wheel itself, which was supported by massive steel, wagon-wheel like spokes, spanning its radius.

Engineers welded one section of rim to another, before pushing and pulling it around and then welding on the next section, until the circumference was complete.

‘The rim is built in eight sections lifted off the barge, welded together and launched with a special push pull system,’ said Sidey.

The pods, made from aviation grade glass, are designed so guests can gaze over the man-made oasis’s luxury malls and gleaming cityscape.

‘I think it is a particularly beautiful wheel; there have been lots of things to overcome and we have managed it,’ said Sidey.

Bluewaters Island is an artificial island which opened in 2013. In April 2019 it was announced that the wheel would be complete and open to the public in 2020. 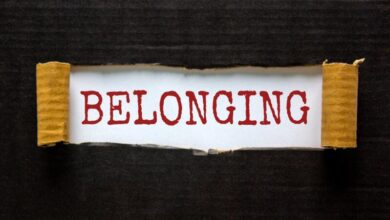 Belonging: The Road to Finding Your People Would You Do This? Five Who Won 250 Grams of Gold Donate Half of it Those in Need!