The Weeknd has called the Grammys ‘corrupt’ after he was snubbed in the nominations announced Tuesday following a hugely successful year.

He spoke out amid reports contentious negotiations with Grammy organizers might have led to him being shut out of nominations.

Taking to social media, the, 30-year-old wrote to organisers: ‘You owe me, my fans and the industry transparency…’

The Toronto-based star was involved in talks over whether he could play at the upcoming Super Bowl, sources told TMZ Tuesday.

Grammy organizers had demanded he pass on taking the stage at Super Bowl LV, before relenting and deciding he could do both.

Insiders said that the Can’t Feel My Face artist’s camp suspected the lack of nominations were in response to the unpleasant back and forth over whether he would perform in the Super Bowl.

The artist, whose full name is Abel Tesfaye, released the record After Hours in March to strong sales and reviews, and it won Favorite Album – Soul/R&B honors at the American Music Awards this past Sunday.

‘We understand that the Weeknd is disappointed at not being nominated,’ he said. ‘I was surprised and can empathize with what he’s feeling. His music this year was excellent, and his contributions to the music community and broader world are worthy of everyone’s admiration.’

Mason continued: ‘We would have loved to have him also perform on the Grammy stage the weekend before’ the Super Bowl.] Unfortunately, every year, there are fewer nominations than the number of deserving artists.

‘To be clear, voting in all categories ended well before The Weeknd’s performance at the Super Bowl was announced, so in no way could it have affected the nomination process. All Grammy nominees are recognized by the voting body for their excellence, and we congratulate them all.’

Asked byVariety about The Weeknd getting shut out, Mason said Tuesday, ‘It really just comes down to the voting body that decides.

‘We have eight nomination slots to fill in [the Big Four categories: Best Album, Song, Record and New Artist], five in others, and the voters vote for their favorites. It’s really interesting, though.’

Mason opened up about the process Grammy officials take to suss out which performers are nominated, and in what categories.

‘We look at it every year and make tweaks and revisions to the process; we did it this year, last year, we’ll do it next year. And I don’t think this calls it into question, honestly,’ Mason said. ‘The process is there so we can continue to monitor excellence.’

Mason said he’s overseen the process and ‘the people that were in it are music professionals – they are excellent, at the top of their craft in songwriting and producing, and there are a lot of artists.’

He continued: ‘They were critically listening to every song that came across their desks – or virtual desks – so I don’t think it shows a flaw in the process.

‘I think it’s actually… as you get a nomination, you start to really appreciate the process, where you’re saying, ‘I really made it through a strenuous and thoughtful process,’ to get to who are really the deserving nominees for that given year.’

The Weeknd previously took home the Best Urban Contemporary Album for Starboy in 2018. 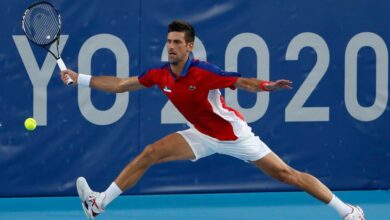 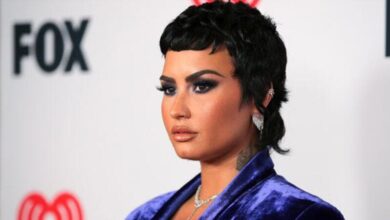 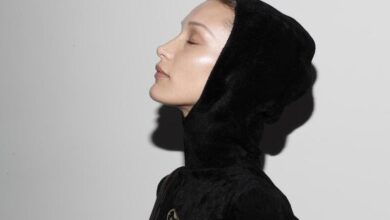