Britain’s National Lottery teamed with a brewery to create a beer called Just The Ticket in the hopes of finding the winner of an unclaimed jackpot worth nearly $1.4 million.

Lottery officials reached out to Backyard Brewhouse, based in Walsall, England, to produce 100 bottles of the blond ale to find the winner of a $1.39 million EuroMillions Millionaire Maker jackpot before the ticket expires March 17.

The ticket was purchased from a Walsall store in September 2020, but the winner has yet to come forward.

“With the deadline to claim the prize less than a month away, it really is a case of urging Walsall’s EuroMillions players to dig out and check their tickets before it’s too late,” Andy Carter, the National Lottery’s senior winners advisor, told the Express and Star.

Brewery director Austen Morgan said 100 bottles of Just The Ticket are for sale now on the business’ website.

“Just The Ticket is based upon our best-selling blond beer, which is rich in flavor,” Morgan said.

“We hope Just The Ticket will help spread the message and ultimately help unite the missing winner with their life-changing prize, it certainly would be a barrel full of laughs for someone if they were to come forward,” he said.

Young Moroccans in Europe Have No Work, Can’t Practice Their Religion 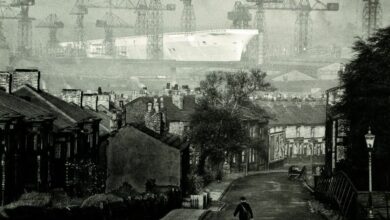