I do not remember much about that November day four years ago – the day my cousin Gaia’s body was found less than a mile from where she disappeared.

The paperwork says she died of hypothermia, but Gaia, like countless others, fell victim to an epidemic of violence against women and girls which is unfolding in the United Kingdom at terrifying rates under a government that lacks the insight and the political will to stop it.

In November 2017, Dorset Police launched a missing persons investigation to find Gaia. But by then they had already let her down.

In 2015, when she was just 17, Gaia told us that she has been raped and that she wanted to report it to the police. We are a close-knit family and my cousins are like sisters to me, so I sat with her through her police interviews to support her. I also contacted our local rape crisis centre in an effort to ensure she had access to counselling and advocacy support.

Gaia did everything she could to bring the man who abused her to justice and prevent other women and girls from being victimised by him. But despite her bravery, the police decided not to pursue the case.

The “alleged perpetrator”, Connor Hayes, was already a known sex offender when Gaia accused him of rape. Dorset police were already aware of his other, mostly underage, victims. But they still decided to drop Gaia’s case. Hayes was eventually convicted for other offences, but he only served a year in prison before he was released to re-offend.

The police failure to prosecute Gaia’s case was a crucial factor in her health challenges, disappearance and death. The rape crisis centre, National Health Service or NHS and social services also failed to support Gaia and to help her cope with this injustice. And, not much has changed in the four years since we lost Gaia – in fact, things have got much worse.

Today, women and girls in the UK have even less reason to believe the police would take the necessary steps to ensure our safety and hold those who harm us to account. The national conviction rate for even the most serious sexual offences stands at less than 3 percent, and the odds are even worse when the victim is Black or a woman from a minority group. Why would anyone trust the police under these circumstances?

But the police are only one part of the problem. British society as a whole is knee-deep in misogyny, and this willful ignorance is adding fuel to the epidemic of violence against women and girls in our country. Indeed, the British public appears to be highly confused about what constitutes abuse and what counts as consent. A third of men who responded to a 2018 survey by YouGov on attitudes to sexual consent, for example, said if a woman has flirted on a date it generally would not be rape, even if she had not consented to sex. Twenty-one percent of female respondents echoed this view. With the state having failed to educate such a large segment of society on the basics of consent, sexual abuse cannot even be recognised when it is in front of our faces. Is it any wonder then that the British police appear unable and unwilling to protect women and girls?

The British police and justice system have arguably never been on the side of sexual assault survivors. In recent years, however, due to a toxic combination of austerity and rising misogyny, they have completely turned against them – they have elevated disbelieving survivors from an art to an actual policy

Sarah Everard’s rape and murder by a police officer in London in March this year, followed by scenes of extreme police brutality directed at women at her vigil in Clapham, was a gruesome reminder of what most of us already knew: the police do not protect us.

Sarah’s murder turned the national spotlight on police misogyny and violence in London and other urban centres, but this is not solely an “urban” problem. Police forces are working against women and girls in every corner of this country.

Take the case of Dorset Police. According to data obtained by our organisation, Justice for Gaia, which was launched in the days after my cousin’s death to fight for justice for her and for all survivors, of 2,058 sexual offences recorded by Dorset Police between 2019-2020, only 46 resulted in criminal charges.

Between 2015-2019, 13 Dorset police officers or members of staff have been arrested for serious crimes, including rape, but most have been released without any charges or disciplinary action. Since 2020, one Dorset police officer has strangled a local nurse to death, another has been sacked for sexually assaulting a colleague, and yet another has been found guilty of abusing his position “to engage in sexual activity with members of the public”. Another Dorset officer is currently facing gross misconduct charges related to the Sarah Everard investigation.

Today, it is an undeniable fact that there is an epidemic of violence against women and girls in Britain, and the police are at the epicentre of it. No institution that is unwilling to hold perpetrators accountable within its own ranks can be expected to tackle abuse effectively in society.

This is why earlier this year Justice for Gaia joined 20 other women’s organisations to call on Home Secretary Priti Patel to initiate a meaningful and extensive inquiry into misogyny within the police – a call which she has not even dignified with a response.

Earlier this week a radio journalist asked me what it feels like to mark the fourth anniversary of Gaia’s death while things are steadily getting worse for women and girls. She wanted to know how I manage to remain hopeful that one day Gaia, and other victims of sexual violence, will find justice.

The truth is, I am not always hopeful. Sometimes I just lie down and cry. I only mention this because I know I am not the only one, and it is important to acknowledge no one can be strong all the time.

But I do keep getting back up and continuing the fight, for three reasons.

First, I know that is what Gaia would do. She inspires me every day to try and be as brave as she was.

Second, I know none of us has the luxury to watch this struggle from afar any more. If we are no longer safe on the streets, in our homes, in our offices and even in the back of police cars, it means we have no choice but to fight. This is a fight for our lives.

The last reason is historical perspective. We are undoubtedly going through hard times. But the women’s movement for justice and equality is a chain that stretches back many generations. Countless women before us weathered moments much worse than this to get us where we are today. And we owe it to those who will come after us to keep the chain intact. We have a historical responsibility to continue the fight.

Survivors and front-line service providers have said loud and clear what we need to win this battle: an evidence-based overhaul of the rape justice system and a fearless equalities analysis to take stock of how systemic racism and other forms of discrimination block survivors’ access to justice and recovery; an independent investigation into the perpetrators and failures within the police force; a huge public awareness campaign around consent; an independent review of judicial practices that retraumatise survivors; and sustainable funding for specialist support services.

These are building blocks for safer communities and a future where all survivors are respected, protected and heard. To win that future, we will all have to fight for it. 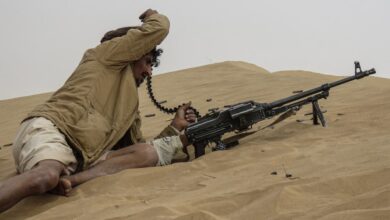