Remaining in the European Union is no longer an option for the United Kingdom. Boris Johnson finally made Brexit happen by steering the EU Withdrawal Agreement Act through parliament on the back of his December electoral triumph. The rear-guard Remain campaign, which convulsed British politics for three years following the 2016 EU membership referendum, is no more.

Instead of playing the blame game or indulging in self-pity, so-called Remainers should think more seriously about the option of rejoining the EU. This scenario may sound far-fetched at present, but so was Brexit itself prior to 2016. In fact, there already is a template for why and how the UK might rejoin. It is to be found in the process by which David Cameron’s government came to hold that fateful referendum.

All sides in the Brexit debate agree that leaving the EU constitutes a paradigm shift in UK foreign policy. But although the referendum result was a surprise, the decision to hold one came on the back of an identifiable process of policy evolution. Thus, by retracing the steps that led to the referendum gamble, we can understand the process that leads to policy change of this magnitude.

A prelude to 2016
The prelude to the referendum, from 2004 onwards, was a cycle of what political scientists would call policy anomalies followed by policy experiments. The UK’s approach to the EU stumbled because of unexpected consequences – anomalies in the sense of a mismatch between expectations and reality. The handling of the 2004 EU enlargement is a case in point

Alone among the larger member states, the UK did not impose temporary restrictions on the free movement of citizens from the eight Eastern and Central European countries that joined in 2004. Tony Blair’s government dramatically underestimated the resulting migratory flows. The original prediction of a yearly net total of up to 13,000 extra migrants per annum was wrong by a factor of nearly 10 by 2007. The diplomatic and economic benefits of this liberal immigration policy were offset by the political cost of associating EU membership with uncontrolled migration.

Another anomaly came in the wake of the global financial crash and subsequent Eurozone debt crisis. Successive British governments promoted the EU single market as a means to support the growth of financial services, the UK’s major global industry. EU policymakers decided that regulating global finance was part of the solution for saving the euro. This put the UK on the defensive and at a loss for allies.

Failed experiments
Wrong-footed by these developments, Prime Minister Cameron resorted to experimentation. In 2011, he introduced legislation stating that any EU treaty conferring new powers to Brussels would automatically be the subject of a referendum. The following year he threatened to veto a deal for stabilising the euro if the UK did not obtain safeguards against unwanted EU financial regulation.

This strategy was a failure. It did not stop parliamentary rebellions by Eurosceptic MPs, while EU leaders found a way to sign the treaty despite the UK veto. Well-organised and well-funded anti-EU groups made hay with this combination of anomalies and failures. Here was the evidence that could be used to generate a seductive message about EU inflexibility and the need to take back control.

Cameron’s response was one last throw of the dice. He gambled on a renegotiated form of membership that would convince soft Eurosceptics to vote to remain in the EU. Unable to obtain restrictions on migration, the renegotiation failed to convince Tory Eurosceptic Boris Johnson, whose heavyweight support galvanised the anti-EU side.

Lessons for the future
Seen in the light of recent EU-UK relations, the UK’s pursuit of Brexit cannot be taken for granted as a stable outcome. This is because EU withdrawal inevitably sets the UK on course for another round of policy experimentation and probable failure. “Rejoiners” need to be like the pre-2016 Eurosceptics who spotted the resulting opportunity to shift government policy and public opinion dramatically.

Phase one of Brexit provided abundant examples of the mismatch between populist-pleasing government rhetoric and negotiating reality. Bluster about reneging on payments to settle outstanding liabilities came to naught – as did the threat that no deal is better than a bad one.

Phase two will exacerbate this tension because Prime Minister Johnson has made so many promises about the upsides to life after EU withdrawal. So what “rejoiners” ought to be on the lookout for is a new cycle of policy anomalies and failed experiments.

An obvious banana skin is the free trade agreement the EU and UK want to have in place after transition arrangements end at the beginning of 2021. Brussels is adamant that any such deal include measures to limit the UK’s capacity to lower environmental standards or workers’ rights.

If no deal is agreed, the European Commission has warned that UK companies with subsidiaries in Northern Ireland will remain subject to EU competition rules. Another anomaly is the very real possibility of a unilateral secession referendum in Scotland.

Johnson has staked a lot of political capital on new policy measures made possible by Brexit. But what if no trade deal with the US materialises or the UK backtracks and grants fishing rights to EU skippers? The more this pattern of policy anomalies and failures becomes apparent, the greater the momentum for a new paradigm shift.

What the pro-EU movement needs to do is weave together policy disappointments and broken promises into a coherent narrative justifying a new referendum on membership, for the other lesson of 2016 is that a policy change of this magnitude requires a public vote.

A government can flounder in its EU policy and still not change course. At some points prior to 2019, it looked as if parliament would not allow Brexit to happen. Yet only a second referendum could have taken EU withdrawal off the table, as MPs were uncomfortable defying the 52 percent who voted to leave.

The default setting, non-membership of the EU, is now the reverse of what it was in 2016. Rejoining will thus be a test of political agency – the ability of pro-EU groups to organise and persuade – against the status quo. Future UK governments can rightly claim that opt-outs on Schengen and the Euro cannot be regained and in this way perhaps contain the likely public disappointment with life outside the EU. But if the public gets to decide again, all bets are off.

What were the protests in Serbia really about? 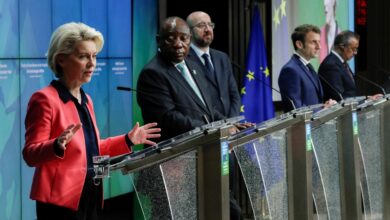 For Arab women and girls, the crisis is just beginning 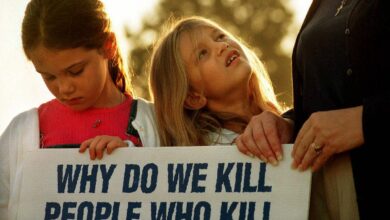 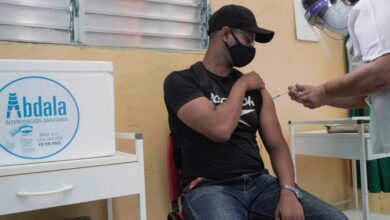