In the quiet streets of a suburb of the historic central Anatolian city of Kayseri, a group of children play football. They are Uighurs and Syrians.

Thirteen-year-old Moaaz is the oldest among them. He is one of the five children of Mohammad Taufeeq, 55, who fled with his family from the Syrian city of Homs six years ago. Two of his sons are now grown up and have moved away from home, while the younger three – Moaaz and his two sisters – live with their parents in Kayseri.

Once a successful businessman running a garment factory in Syria, Taufeeq is now a scrap dealer and lives with his family in a two-room house in the “Turkistan Mohalla” of Kayseri – named after the Uighurs who came to live here in the 1990s. In the Turkish language, Xinjiang – where many Uighurs come from in China – is called Doğu Türkistan, or East Turkistan.

The community is still mostly populated by Uighur Muslims who fled the Chinese authorities in Xinjiang. But over the past few years, dozens of Syrian families have arrived.

Having both fled violence in their home countries, the Uighurs and Syrians of Turkistan Mohalla have found refuge in each other and their small community.

The children binding a community together

The space around Taufeeq’s house is filled with the scrap that he has collected – old furniture, iron, building materials. Here, Taufeeq says he has made a real home and found a place for his family to be at peace. His is one of the oldest houses in the “colony”. The family gathers and sleeps together in the room with a rusty old fireplace to ward off the cold.

Temperatures in Kayseri can fall as low as minus 25 degrees Celsius (-13 degrees Fahrenheit) in the winter. When I visit in December, it is sub-zero.

On this bright winter afternoon, after playing football, Moaaz welcomes all the other children to his family’s home. As they gather for some Turkish tea, the elders begin to arrive, sitting in the sun on makeshift chairs formed from the broken pieces of furniture Taufeeq has collected.

The children – who have learned Turkish at the local school – act as translators, since their elders do not share a common language. The Syrian families speak Arabic, while the Uighurs speak the Uighur language. Most of the Uighur adults have mastered Turkish as it is close to their own language. But many of the Syrians have struggled and know only a few words.

Weeklong snapshot compares how Trump and Biden approach US presidency 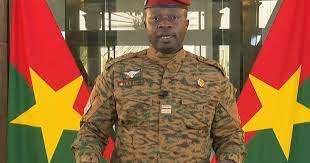