The UAE aims to be the capital of artificial intelligence in the next decade and is cooperating with friendly countries and international partners in line with fourth industrial revolution, said Mohammed Ahmad Al Bowardi, the UAE’s Minister of State for Defence Affairs.

While speaking at the Global Aerospace Summit Abu Dhabi on Monday, he said regional and international turmoils are escalating as a result of global population explosion along with the declining natural resources while border disputes and ideological differences pose security threat for human society as a whole.

“We believe that collaboration with friendly countries and international partners to face various challenges with an aim of achieving security, stability and peace has become a necessity,” Al Bowardi said, adding that the investments in these strategic sectors cannot afford dispute and conflicts among the partners.

“Such projects are complementary in nature and inter-dependent in various part of the industry to reduce cost and increase production and ensure quality. Any conflict among the partners may lead to economic loss and lack of stability.”

It is estimated that artificial intelligence will contribute $320 billion to Middle East’s GDP by 2030 while $57.6 billion to be spend on AI globally by 2021.

Mohammed Ahmad Al Bowardi said collaboration in aviation and defence industries not only contributes in the development of local economies but is also essential for establishing security and stability for the country.

Aviation sector supports 800,000 in the UAE with 5.8 per cent Average annual traffic growth is projected by 2037.

James Taiclet said economic competition will intensify in the coming decades. “Economy is a national security issue and peaceful nation must have ability to produce cutting-edge technologies. UAE has made great strides in this,” he said.

Sarah Al Amiri said the next objective is to use the capabilities to develop and stimulate the development of a vibrant private sector in the UAE space industry with focus on developing small and robust multiple use satellites that will feed into new space economy.

She said 2021 will see traditional government role in space sector and enabler of startups as government becomes custodian of the space economy.

“Electrified and hybrid aircraft soon to become a reality. Advances in self-diagnosis and self-healing material that can detect cracks and automatically patch them up will make travel safer. We are slowly seeing progress towards hypersonic travel. We are getting closer to the reality,” he said during the virtual summit.

Faisal Al Bannai of Edge stressed on the importance of local manufacturing in the wake of pandemic restricting imports of parts.

He said aerospace industry is going through evolution and projected that drone industry is here to stay and grow.

“Drone is a massive industry with 70 per cent of production for military purpose and 30 per cent others. In the future, it is going to much more AI into drones,” said Al Bannai.

“By early next year, the UAE will be launching a number of platforms in this regard. UAV, drones and autonomous capabilities are strategic need for our future. We are a small population and we really want to use technology to be among leading nations in this capability. There will be a number of announcements in this field,” he added. Artemis: Nasa expects humans to live on Moon this decade 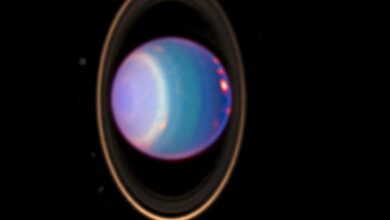