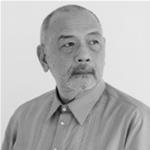 Hong Kong’s new draconian security law has been occupying headlines around the world since it was forcefully imposed by China on June 30. The law, which allows for ambiguously defined crimes of terrorism, secession, sedition, and collusion with foreign forces to be punished with terms of up to life in prison, has been criticized by many as an assault on the most basic rights and freedoms of the people of Hong Kong.

Strikingly similar legislation, which was signed into law in the Philippines by President Rodrigo Duterte around the same time, however, failed to garner the same level of international media attention and public outcry.

The new Philippine Anti-Terrorism Act of 2020, which came into effect on July 18, mirrors its counterpart in Hong Kong in offering an overly broad definition of “terrorism” which can easily be interpreted to include any act of protest and dissent against the authorities.

Using this vague definition, the law not only permits arrests without a warrant but also allows security forces to hold individuals for weeks without charge. It also creates a civilian anti-terrorism council appointed by the president, which can designate individuals and groups as terrorists and order their detention without charge for up to 24 days. Just as it is the case in Hong Kong, activists in the Philippines believe the new law will be used by the authorities to silence critics and opponents.

Another major similarity between the new security laws in Hong Kong and the Philippines is their sweeping claim of extraterritorial jurisdiction.

Articles 36, 37 and 38 of the Hong Kong security law extends the reach of the legislation beyond the borders of the former British colony.

Article 36 posits that “the law shall apply to offenses committed by any person” – who may or may not be a citizen of China or a permanent resident of Hong Kong – “on board a vessel or aircraft registered in the Hong Kong Special Administrative Region”. This means if you criticize China’s actions on board a Hong Kong-registered ship in Antarctica, you may end up facing prosecution.

Article 37 asserts that the law also applies to offenses committed outside the city by a permanent resident of Hong Kong or companies/organizations that are registered there. Article 38, meanwhile, states that the new law, in addition to covering anyone in Hong Kong, regardless of nationality or residency status, also applies to offenses committed against Hong Kong “from outside the Region by a person who is not a permanent resident of the Region”.

In short, according to Chinese authorities, Hong Kong’s security law can apply to anyone, anywhere. As India’s The Quint recently noted, “if an Indian citizen sitting in India says something overly critical of the Chinese government on Twitter (which can fall under the definition of subversion), they could be arrested if they ever travel to Hong Kong for a holiday/work trip”.

The Philippine anti-terror law includes almost identical provisions. Section 49 of the legislation declares that the new law shall apply to Filipino nationals who commit offenses penalized in the law even when they are outside the territorial jurisdiction of the Philippines. The same section posits that the law shall also apply to any individuals who commit these offenses on board Philippine-registered vessels or inside Philippine embassies and diplomatic spaces.

Further, it states offenses committed against Philippine nationals outside the Philippines by anyone could also come under the jurisdiction of this law. Finally, it asserts that the new law shall also apply to “any individual persons who, although physically outside the territorial limits of the Philippines, commit said crimes directly against the Philippine government”.

The attempts by Chinese and Philippine governments to expand the reach of their security legislations beyond the territorial limits of their countries are indicative of their shared desire to censor and criminalize anyone who dares to criticize their actions and policies.

The extraterritorial scope of the Philippine anti-terror law is particularly worrying, as the Duterte government has been trying to punish its critics outside the country for a while.

In April, Philippine authorities accused a Filipina caregiver working in Taiwan of “cyber-libel” for posting “nasty and malevolent materials against President Duterte” on her social media accounts and demanded her extradition. At the time, the Taiwanese authorities rejected the request, saying the rights of foreign workers living there, including their right to free speech, are protected.

The provisions in the anti-terror law that allow for its extraterritorial application indicate that Duterte’s government did not learn anything from its recent run-in with Taiwan and that it is determined to continue its efforts to scare millions of Philippine nationals living in the diaspora into silence.

Despite being strikingly similar to – or perhaps even harsher than – Hong Kong’s security law, the Philippine anti-terror law did not cause much outrage in the international media or the political arena.

After China imposed its draconian security law on Hong Kong, governments around the world voiced their displeasure loudly and clearly. Political leaders from the UK to Japan and Australia condemned the move, while 27 members of the UN Human Rights Council announced that they have “deep and growing concerns” over the new law. On August 7, the US even issued sanctions against 11 senior Chinese and Hong Kong officials, including Hong Kong chief executive Carrie Lam, over Beijing’s imposition of the sweeping national security law.

Duterte, however, barely faced any pushback in the international arena over his anti-terror law. There are, of course, some fundamental differences between the situations in Hong Kong and the Philippines that may have caused the international community to react differently to the two security legislations.  Unlike Hong Kong, the Philippines is a sovereign country led by a democratically elected government.

But this does not mean the world should turn a blind eye to the blatantly anti-democratic and repressive practices of the Duterte government, or its apparent eagerness to copy methods used by Beijing authorities to stifle dissent.

The people of the Philippines ousted Ferdinand Marcos’s dictatorship more than three decades ago, but the country’s democracy remains fragile. A few political dynasties continue to rule the country, and the most basic rights and freedoms of everyday people are threatened by those in power daily.

Moreover, since coming to power in 2016, Duterte repeatedly professed his admiration for China’s President Xi Jinping and positioned his country closer to the Asian giant and further away from its Western adversaries. In 2018, in a speech to an audience of Filipino-Chinese businessmen, he even jokingly proposed making the Philippines a province of China, adding to fears that he is planning to move the country further into China’s influence zone.

Perhaps more worryingly, Duterte and his allies have been pushing for constitutional changes so that the president can run again when his current term ends in 2022. The new security law could easily serve to stamp out any resistance to such a move.

Democratic governments around the world who swiftly mobilized to help the people of Hong Kong resist Chinese oppression should do the same for the Philippines. If they allow Duterte to criminalize his critics and opponents with impunity, the Philippines may soon revert back to being the rogue state it was under the dictatorship of Marcos. Such an outcome would be devastating, not only for the people of the Philippines but the entire Asia Pacific region and the world.