Beyonce has vowed to remove an ableist slur  (discrimination or prejudice against individuals with disabilities) from her new track Renaissance track Heated, following a backlash from fans and disability equality charity, Scope.

The singer, 40, a global role model – had the lyrics: Sp**zin’ on that ass, s**z on that ass’ in the song which she collaborated on with Drake.

A statement given to MailOnline on Monday said ‘The word, not used intentionally in a harmful manner, will be replaced in the lyrics.’

However, Beyonce failed to include an apology. 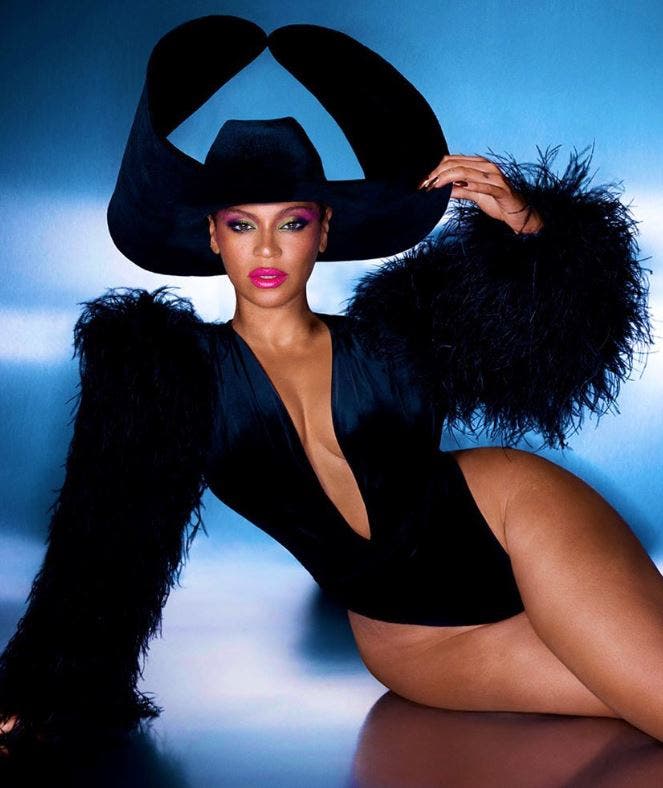 Fans believe there can no excuse for ignorance when it comes to using the word – especially after Lizzo apologized for using the same word on her song Grrrls just weeks ago – and had her track re-recorded.

The word can mean to ‘freak out’ or ‘go crazy’ in the US but it’s very widely known  that it comes from the word ‘spastic’.

The term is often used in a derogative manner to describe those with disabilities, especially cerebral palsy.

Warren Kirwan, Media Manager at disability equality charity Scope, said ahead of the statement: ‘It’s appalling that one of the world’s biggest stars has chosen to include this deeply offensive term.

‘Just weeks ago, Lizzo received a huge backlash from fans who felt hurt and let down after she used the same abhorrent language. 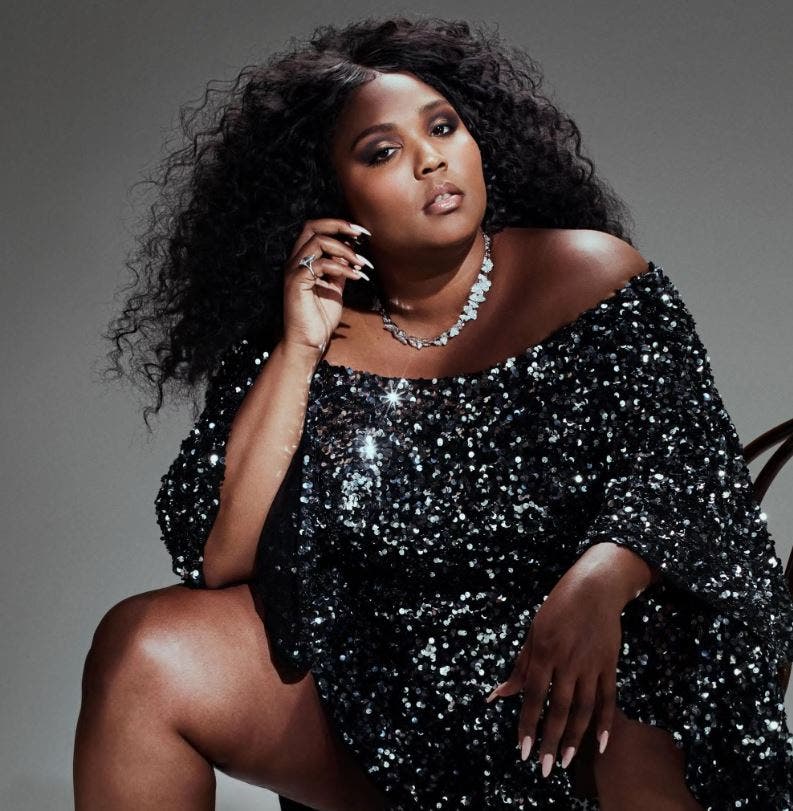 ‘Thankfully she did the right thing and re-recorded the song. It’s hard to believe that could have gone unnoticed by Beyoncé’s team.

‘Words matter because they reinforce the negative attitudes disabled people face every day, and which impact on every aspect of disabled people’s lives.

‘Beyoncé has long been a champion of inclusivity and equality, so we’d urge her to remove this offensive lyric.’

Earlier, Twitter was awash with comments from those who couldn’t believe that Beyonce, nor any members of her team would have not noticed that the word was an offensive one – especially after Lizzo’s very public apology.

They wrote: ‘Bizarre that Beyoncé chose to include an ableist slur in one of her new songs right after Lizzo learnt from her mistake and took the same slur out from her song.’

‘So so disappointed that Beyoncé has used an ableist slur in Heated It’s the same one Lizzo used (& corrected very gracefully)… this was high profile enough that the same mistake shouldn’t have happened again So sick of non-disabled artists not recognising harm in their words.’

‘It’s very hard to believe neither Beyoncé nor anyone in her team didn’t recognise the ableist slur when Lizzo very publicly made the same mistake a month ago (and graciously corrected it). Exhausting.’

MailOnline has contacted a spokesperson for Beyonce for comment. 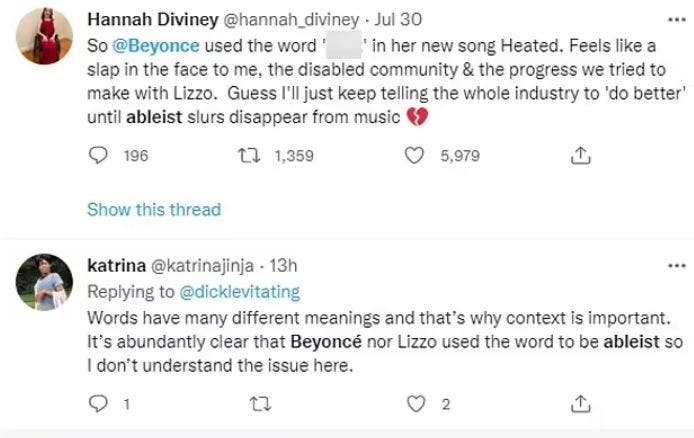 She addressed the controversy on Twitter after she changed the lyrics. ‘It’s been brought to my attention that there is a harmful word in my new song ‘GRRRLS,’ she said.

‘Let me make one thing clear: I never want to promote derogatory language. As a fat Black woman in America, I’ve had many hurtful words used against me so I understand the power words can have (whether intentionally or in my case, unintentionally,)’ she added.

‘I’m proud to say there’s a new version of GRRRLS with a lyric change. This is the result of me listening and taking action. As an influential artist I’m dedicated to being part of the change I’ve been waiting to see in the world,’ she concluded.

Raya Abirached Dazzles in Her Wedding Dress Again.. Find Out Why (Video) Is Mohamed Salah’s Dance to ‘Lakhbatita’ The Reason Behind His Infection With Coronavirus? Watch

‘What Kind of Lesbian Are You?’ Lottie Moss Appears in a Playful Mood on Instagram What is the Name of Cardi B and Offset’s Son?

Can Yaman and Demet Özdemir Ended Their Romance in Summer 2020