The Queen’s playboy cousin was jailed for ten months today for a sexual assault at his ancestral home in the Highlands where the Queen Mother grew up.

Simon Bowes-Lyon, who was named in the top 50 of the UK’s most eligible bachelors by Tatler in 2019, has also been placed on the sex offenders register for a decade after abusing his victim, 26, at his Glamis Castle home in Scotland last February.

The 19th and 6th Earl of Strathmore and Kinghorne was styled Lord Glamis until his father’s death in 2016 and among his famous friends are Made In Chelsea TV stars Hugo Taylor and Oliver Proudlock, Bryan Ferry’s son Otis and model and socialite Poppy Delevingne.

He is a first cousin twice removed of Queen Elizabeth II. His family owns Glamis Castle and inherited a share of his father’s £40million estate.

The current Earl of Strathmore and Kinghorne found himself in the dock after he barged his way into the woman’s bedroom while she was sleeping during an event he was hosting at Glamis Castle – the childhood home of the Queen Mother and the home of Macbeth in William Shakespeare’s play.

Bowes-Lyon – who as a 15-year-old walked behind Prince William in the Queen Mother’s funeral cortege – issued an apology to his victim as he left court after pleading guilty last month, adding that he is ‘greatly ashamed’ of his conduct and that ‘alcohol is no excuse’.

He repeatedly grabbed his victim and told her he wanted to have an affair with her – although he is unmarried – during the drink-fuelled assault, which lasted more than 20 minutes.

He is said to have tried to pull up her nightdress, and pushed her up against a wall and groped her bottom and genitals.

Bowes-Lyon was hosting a party for a luxury lifestyle magazine, where guests enjoyed gin tasting, helicopter rides, shooting and a tour of the castle.

His victim took pity on her attacker when she noticed no-one was talking to Bowes-Lyon during dinner and she engaged him in conversation, he then took her outside to show her one of his many classic cars.

The following evening there was a black tie dinner and, after the victim went to bed, Bowes-Lyon carried on drinking before arriving uninvited at her room at 1.20 am and carried out the attack on the woman, who cannot be named.

In a statement outside court after pleading guilty last month, Bowes-Lyon apologised and said he is ‘greatly ashamed of my actions which have caused such distress to a guest in my home’.

He said he had ‘drunk to excess’ on the night of the attack, which he said was ‘no excuse’ for his actions.

He added: ‘I did not think I was capable of behaving the way I did but have had to face up to it and take responsibility.

‘Over the last year this has involved seeking and receiving professional help as well as agreeing to plead guilty as quickly as possible.

‘My apologies go, above all, to the woman concerned but I would also like to apologise to family, friends and colleagues for the distress I have caused them.’

Bowes-Lyon, known for his love of fast cars and holidays with reality TV stars, was named one of the UK’s most eligible bachelors by Tatler in 2019.

He had travelled 200 miles to England to stay at one of his second properties, a lodge on the family’s £20million Holwick estate in Middleton-in-Teesdale, just outside Barnard Castle, where Dominic Cummings went on his notorious lockdown drive to test his eyesight a month earlier.

Bowes-Lyon was outed to local detectives when one of his servants was seen as he went to the shops. ‘It’s the talk of the village,’ a local source said at the time. ‘His butler was spotted buying newspapers.’  The Earl then agreed to return to Glamis Castle in Scotland – the childhood home of the Queen Mother, north of Dundee.

And in 2010 he was banned from the road for nine months after he was clocked riding his motorbike at 100 mph on a 60 mph stretch of road. It was noted in court, as the then 24-year-old was fined £500, that his licence had already accumulated 23 penalty points due to various speeding convictions.

His father, the rambunctious Mikey, was a larger-than-life character who battled alcohol problems, married three times, romped with escorts and was known as the ‘head of the Queen’s Scottish family’.

This highly-colourful lifestyle – and a series of scandals – meant the young Lord Glamis, along with his two brothers John ‘Jock’ Bowes-Lyon, 31, and George ‘Geordie’ Bowes-Lyon, did not have the most conventional start in life.

Glamis Castle is the seat of the earls of Strathmore and Kinghorne, part of the late Queen Mother’s family.

The nobleman and peer was styled Lord Glamis from 1987 until his father’s death in 2016. He is the eldest son of Michael ‘Mikey’ Bowes-Lyon, 18th Earl of Strathmore and Kinghorn, and Isobel Weatherall. His parents divorced in 2004, and he succeeded his father in 2016.

His father was known for his chequered relationships and struggles with alcohol. The former Scots Guards captain was considered to be ‘head of the Queen’s Scottish family’ and walked behind Prince Charles and Prince William at the Queen Mother’s funeral.

Sam has reportedly spent time working in a mine in Zimbabwe, and is pals with the fast-living Chelsea set, some of whom have become TV stars thanks to the reality television show Made In Chelsea. In particular, he is close to the show’s star Hugo Taylor.

The pair shared an ill-fated skiing trip to Switzerland that saw Taylor end up in hospital with a fractured shoulder. Other friends include the show’s Oliver Proudjoined lock and fashionista Rosie Fortescue.

Another chum is Otis Ferry, the controversial son of Bryan Ferry and fox hunting advocate. He is also acquainted with the model and socialite Poppy Delevingne, older sister to the increasingly ubiquitous model Cara Delevingne. His royal connections, meanwhile, are never far away. George McCorquodale, cousin to Prince Harry and Prince William and nephew of the late Diana, Princess of Wales, is another pal.

The Bowes-Lyon brothers certainly seem at home at Glamis.

In one Instagram video posted by Geordie, a scene that wouldn’t be out of place in Brideshead Revisited unfolds as what appears to be Sam and a friend whiz up the main drive in a motorbike and sidecar.

Driving at some speed, they narrowly avoid clipping the verge while bemused tourists look on.

Indeed life for the trio seems to be something of a whirlwind of walked up grouse shoots, society parties and girls in pretty dresses – another of their father’s weaknesses.

The demise of Mikey’s first marriage to the boys’ mother was turbulent. Isobel – known to friends as Iso – demanded the right to live at Glamis until 2016, the year Geordie would reach the age of 25.

In the end, she accepted a £5million settlement which, at her insistence, included paintings and the couple’s matrimonial four poster bed.

She later sold the bed at auction in London, where she raised eyebrows by scribbling out the ‘Countess of Strathmore’ title from her name badge and writing in ‘Iso’ instead. Meet Syrian Artist Rania Maasrani Who is Inspired by Palmyra 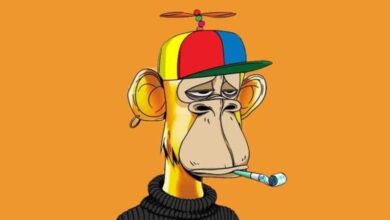