On our first family holiday to the Blue Mountains, we were surrounded by thick bush. Early mornings smelled of eucalyptus oil from the gum trees. It was winter and cold, but I delighted in running through the rooms with my brother, pulling on the long cords hanging down from the high ceilings to turn the lights on and off. My joy did not last.

In the disinfectant soaked emergency room, the doctors marvelled at my stoicism. At only four years old, I stuck out my tongue unbidden and breathed in for the stethoscope, despite lung-wrenching bursts of asthma that had me gasping for air. I made no other sound. Right from the start, crying from fear or pain, or crying for any reason really, was actively discouraged. Snot and mucous blocked my already overburdened sinuses, making me worse. I was always an obedient child.

When I was young, I often fell sick. I was allergic to cow’s milk since birth and then to almost anything I touched, ingested or smelled. Sunshine makes me sneeze, and I get headaches from even the most expensive of perfumes worn by people standing a considerable distance away. My sense of taste has been diminished along with the ability to recognise and name every flavour in the food on my plate.

But despite, or perhaps because of, the damage, my sense of smell has been enhanced.

Standing in our kitchen at home one day, aged eight, an intense aroma of lavender enveloped the room. When I inhaled deeply, it flooded my senses, and the solid countertops, cupboards and floors around me vanished from sight.

I remember nothing else, just an aide-memoire, a photo of me as a toddler sitting on the veranda at my grandmother’s house. It is black and white, but I know my hair was bright blonde back then. I had been caught in the act of falling over or awkwardly sitting down the way babies do when they are dressed in baggy overalls on top of voluminous cloth nappies.

As I look at this much smaller, much younger me, my nostrils fill with bouquets of lavender once more. It grew in great whorls along my grandmother’s driveway, and she made sachets of it to put in the drawers with her clothes.

That day in the kitchen grandmother came to say goodbye. Lavender is happiness mixed with melancholy and longing.

My parents fought a lot before they separated that same year. I perceived that the noise they made was not good, but I was too young to understand the content.

In summer, the house was permeated with the heady scent of jasmine. A vine grew around the railings on the terrace outside and when mum was happy, she would cut long tendrils of it and arrange it in three white elliptical vases. They fitted together to make a whole, in a way we as a family never did.

Most days she spent a lot of time in bed, curtains drawn. Dad worked and played hard, and was not in the house very often and when he was, the home became a battlefield with me the unwilling spectator. Yet the waft of a smouldering cigar still takes me back to sitting on his lap, content. 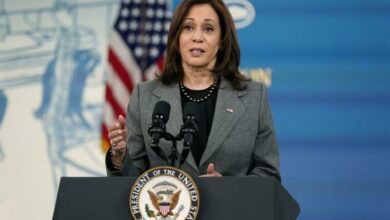