I want you to close your eyes and imagine the following. You are at the heart of the mighty Indian Ocean. All around you is blue, shimmering where the surface of the sea meets the sky. You are many, many kilometres away from land and yet just below your feet, perhaps only seven metres sits the seafloor like an inverted oasis.

As you look at that sandbank below you see a giant meadow of seagrass, the largest in the world, swaying with the motion of the sea. Nearby, a group of pygmy blue whales swim through their breeding ground, sharks silently look for their next prey among the rich variety of wildlife that calls this place home. This incredible world we have transported to is called the Saya de Malha Bank.

Scenes like this may feel a world away right now. But in a year where life has felt on hold, with many of us kept very close to home, the natural world has been a shining source of hope and comfort.

I am lucky enough to live by the ocean. For me, perhaps more than anywhere else, our oceans with their limitless horizons offer unparalleled scope to daydream about places far away and far different from the small patch many of us have remained tied to this year.

Of course, with everything going on in the world, it might seem easy to forget the threats facing our oceans. Yet, the past 12 months have seen the climate and nature crisis continue unabated and our oceans are taking the heat. The Indian Ocean, its wildlife and the coastal communities within it are particularly vulnerable to climate emergency. Beautiful images like the one above could become increasingly rare in years to come.

But this is far from an inevitable outcome – not least because our oceans also sit on the front line in the fight against this crisis. This is where a Global Ocean Treaty and places like the Saya de Malha Bank come in.

The idea of a Global Ocean Treaty is to put vast swaths of the ocean out of reach of destructive human activities like fishing or deep-sea mining, to give it a break. Greenpeace and other organisations are campaigning for a strong treaty for our oceans, which could help protect special places like the Saya de Malha Bank.

The picture painted above gives only the smallest sense of what an incredible and important place it is.

Let us look at that seagrass. We know we have to massively reduce the amount of carbon in the atmosphere if we are going to counter climate breakdown. Well, seagrass acts like trees in the ocean. It is up to 35 times faster at absorbing carbon than tropical rainforests.

It covers only 0.2 percent of the ocean floor, but studies suggest it can store up to a whopping 18 percent of the world’s oceanic carbon. Yet, each year globally we are losing this precious carbon store at a staggering rate, at exactly the moment we need it most. It is a situation that is mirrored if we look at some of this area’s wildlife.

As is the case time and again in our oceans, wildlife in the Saya de Malha Bank is under huge pressure. The area is rich with incredible animals like sperm whales and dolphins. Sharks – also a common inhabitant of the area – are hugely important. Sitting right at the top of the food chain, they play a crucial role in helping maintain the delicate balance of this ecosystem.

For example, studies from similar areas suggest large-bodied sharks act as a sort of guardian of the seagrass, influencing the number and behaviour of animals that feed on it and may decimate it in the absence of a large predator.

Yet shark populations in international waters like those swimming above the Saya de Malha Bank have declined by a gut-churning 71 percent in the last 50 years.

This is caused in no small part by destructive fishing practices, for which this region has seen some of the worst examples. In the middle of the Indian Ocean, the fishing industry is operating without scrutiny and up to a staggering 100,000 whales and dolphins are killed “by accident” every single year due to harmful fishing practices.

Creating areas free from human activity is vital if we are going to reverse the trend of their decline – this is what a Global Ocean Treaty can help achieve. It would help populations of animals like sharks recover and thrive, which in turn could help sustain seagrass and other sea vegetation, which help in our fight against the climate and nature crises.

Healthy oceans are critical for many species, including us humans. They sustain billions of people worldwide. As a spawning ground, the Saya de Malha Bank, for example, helps provide fish – a staple food for many communities across the Indian Ocean.

But these spawning grounds are highly sensitive to changes in their ecosystem. So let us say you remove large predators like sharks through destructive fishing, you then risk setting off a wave of changes in an area that disrupts fish spawning and results in food security issues for vast swaths of the region.

This underlines in quite serious terms just what is at stake if we do not take measures to improve the health of the world’s oceans. The Saya de Malha Bank is just one case study in a vast ocean of equally amazing and important areas doing incredible work helping sustain us and our planet.

When the nations of the world come together at the United Nations to negotiate a Global Ocean Treaty this August, they can ensure that through all the turmoil of this year we can look back and say this was the time we finally took the global action needed to start protecting our oceans. That way we can continue to enjoy daydreams of adventures in oceans teaming with life for many years to come. 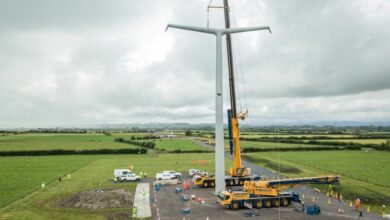 More twins being born worldwide every year than ever before: Researchers

How self-sufficient is Saudi Arabia when it comes to food?