But there’s more of a back-story to The New Mutants movie, (a film about young X-Men), than most – and it’s not all good.

The New Mutants comes with a long and troubled history and it’s a film that some Marvel fans might have thought they’d never see in the cinema.

The film’s first trailer was released over two years ago, in October 2017.

And since then, silence – until now. A new trailer dropped this week.

“I think some fans probably thought they might not see the film, especially on the big screen,” says Manchester-based film journalist Emily Murray.

“I personally thought it might end up on Disney+ with all the constant delays, but it would have been a lot of money to throw down the drain if it didn’t get released at all.”

What is The New Mutants?
You may have seen some of the X-Men movies. They were made by 20th Century Fox, who had rights to make X-Men films before Marvel was big enough to make them itself.

The New Mutants was one of the last Marvel films Fox made before the company merged with Disney in early 2019.

It’s about a group of young X-Men and stars Maisie Williams (from Game of Thrones), Charlie Heaton (from Stranger Things) and Anna Taylor-Joy (The Witch) trapped in a dark and mysterious medical facility.

Unlike other X-Men movies, The New Mutants is a mix of superhero action and horror – with more frights than fireworks in the original 2017 trailer – and was pitched as the first part of a movie trilogy.

Why the delay?
“It’s been two years since the first New Mutants trailer and you have anticipation when you release a trailer,” Emily says.

“But if there’s nothing more for two years, of course excitement’s going to dampen but I think the new trailer certainly boosts it again, because it is so impressive.”

Like many films, after filming had wrapped, reshoots were needed to make the film better before it was released.

There were reports that bosses at Fox, after seeing an early cut of the movie, wanted more scares in the movie. 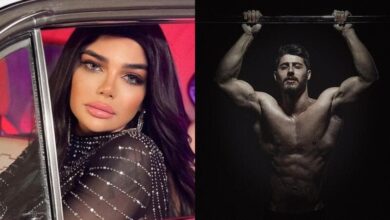