Egypt’s Public Prosecutor, Hamada El-Sawy, on Wednesday handed two official copies of the public prosecution’s report — in Arabic and Italian — on the murder of Italian student Giulio Regeni to the Italian envoy in Cairo, Giampaolo Cantini.

The report said there was currently no basis for filing a criminal case because the perpetrator of the crime is unknown, but search authorities have been told to step up their investigation.

Regeni, 28, a Ph.D. student from Cambridge, was carrying out research on independent trade unions in Egypt when he disappeared on Jan. 24, 2016 in central Cairo. At the time large numbers of police were in the area because of expected protests.

Regeni’s mutilated body was found on a roadside on Feb. 6, 2016. It bore signs of torture.
Police initially said that the student had died in a road accident. But an Italian autopsy showed that his body had cuts, broken bones and other injuries indicating he had been severely beaten.

Egyptian authorities have denied that police were involved in Regeni’s torture or death.

The case has strained relations between the two countries, with Italy recalling its ambassador in protest. Diplomatic ties were restored in August 2017 after the Italian government said that it would return its envoy and continue the search for the killers.

Also present at the meeting on Wednesday were Giulia Mantini, first secretary at the Italian Embassy, and Badr Abdel Atti, Egyptian assistant foreign minister for European affairs.
The Italian ambassador also received the Kenyan judicial authorities’ response to a request for legal assistance sent by the Egyptian public prosecution.

The request was in response to a Kenyan police officer’s claim that during a security meeting in Nairobi an Egyptian police officer had admitted taking part in Regeni’s abduction. 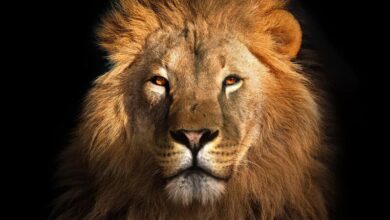 Did The Simpsons Predict Kamala Harris Would Become Vice-President?