The Covid-19 pandemic has had far-reaching consequences on the lives of people in the Middle East, from some of the highest global death rates in countries such as Iran, to major financial losses as businesses are forced to shut down.

The art world is no exception, with leading international art fairs and exhibitions postponed with no certain reschedule dates, and independent galleries and museums forced to temporarily close their doors to visitors.

One immediate response from art institutions when lockdown policies were initially announced was a move to digital spaces. Art Dubai, a leading art fair in the region, has been postponed until 2021, but responded by creating an online catalogue to facilitate online sales.

Virtual Reality (VR) has also proven to be a popular medium through which galleries and arts institutions are attempting to bypass cancelled events and exhibitions.

Alserkal Art Week, due to have taken place from 23-28 March in Dubai, went digital through launching alserkal.online – a virtual reality platform allowing people to access the fair digitally through high quality 360-degree views of work by over 80 different artists from 15 galleries.

On the face of it, transferring work to the online sphere might seem like a great solution, but it does not operate on equal footing for everyone.

Ibrahim is currently stranded in Berlin as a result of limited international air travel, separated from his team by over 3,000 miles.

He told The New Arab his team were doing their best to communicate over the internet and keep active over Instagram, but have been limited by slow internet speed in Yemen.

“Go to fast.com and measure your speed on the internet. In Yemen, it’s 2.3 mbps. Yemen has the slowest internet in the world. It’s not easy to just shift our activities online and jump on a zoom call,” he said.

There is also a feeling that digital spaces lack the ability to truly replicate the experience of viewing and visiting physical exhibitions.

Ibrahim, along with co-founder Lizzy Vartanian, also runs Arsheef, a contemporary art gallery based in Sanaa. The pair have decided to suspend their upcoming exhibition with artist Abeer Aref, and not just move it online.

“We have postponed the show for now. We would rather open it under better circumstances so people can really experience and appreciate Abeer’s work,” Vartanian told The New Arab.

Meanwhile, digital spaces are also being used to connect and inspire people as they self-isolate.

Digital art publication artmejo based in Amman is using their strong online reach to bring the art world to people in their homes.

Digitalisation has made the work of galleries and institutions accessible to a wider audience, bypassing geographical limitations
“When the situation struck, we felt it was our responsibility to maintain the connectedness of the art world,” Editor in Chief Sama Shahrouri told The New Arab.

To do this, artmejo launched Hajer Fanni – a series of online live stream sessions where Arab artists from all over the world are invited to host workshops on their Instagram page.

The Mosaic Rooms, a non-profit gallery specialising in contemporary Arab art based in London took a similar approach, collaborating with artists from Palestine and Sudan for their extensive digital programme.

“We have moved online and this has provided a great opportunity to break moulds and think creatively and innovatively. But we also have a responsibility to ensure that artists aren’t reduced to being content producers for our online platforms,” said the gallery’s curator Angelina Radakovic.

In some ways, digitalisation has made the work of galleries and institutions accessible to a wider audience, bypassing geographical and sometimes monetary limitations people often experience when trying to access cultural material.

Whilst this is of course more democratic in many ways, it has also left a gap whereby smaller institutions and individuals are suffering financially, unable to pay staff and keep businesses afloat.

Ghada Kunash runs the community multi-concept space The Workshop, and owns gallery Fann A Porter based in Dubai and Amman.

As a result of the pandemic, Kunash and her team of 12 are all working from home. Although they have adapted some of their work to the online sphere through a virtual viewing room and social media, the business is still suffering.

“Art is not something that people want to invest in under the current circumstances,” Kunash told The New Arab.

This dip in demand for sales has had serious consequences for Kunash, who is struggling to pay the rent for the premises and staff salaries.

Transferring work to the online sphere might seem like a great solution, but it does not operate on equal footing for everyone.

“The landlord in Dubai was kind enough to promise to waive the rent for the first two weeks of the lockdown, but I’m not sure how we will manage rent after that,” she told The New Arab.

Art writer Lizzy Vartanian has similarly lost work as a consequence of the closures of gallery spaces and museums.

“Online reviews aren’t so attractive to editors. Most publications that I write for are having to rethink their strategies and are not even taking pitches at the moment,” she told The New Arab.
Vartanian also works for a leading art fair in the Middle East which would have taken place in June.

The fair has been postponed until the autumn as a result of the pandemic. Vartanian was told by the organisers that she would not be paid for work she has already completed, and was given zero guarantee of being paid at all.

“While I understand that the world is in crisis, it’s been disheartening to learn that work I have done already may not be remunerated,” she told The New Arab.

In such uncertain times, it remains unclear how the current situation will evolve in the region. Whilst the hope from all is that cultural and arts institutions will open again soon so that work flows can resume, there is also a feeling among the community that some permanent change may be occurring.

Reflecting on the situation, Radakovic of The Mosaic Rooms remains hopeful about the post-Covid-19 future.

“The current crisis has exposed much in need of change and my hope is that we won’t simply return to replicate old structures. Our forthcoming programme is set to thematically explore exactly that, and assess how we can we use this moment to envision a new sky to live under,” she says. Why is The Islamic Hijab Dominating The French Election?

Woman Fined in UAE for Calling a Man ‘Impure and Shameless’ 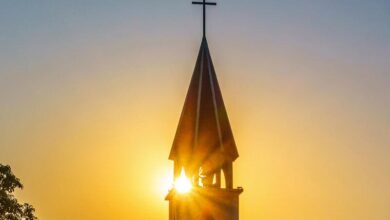