Two years ago, Nicola Bayless was taking her evening walk in Happisburgh, a tiny village on the eastern coast of England, when a big chunk of the cliff fell down.

“It sounded like thunder. Like a click of fingers and it’s gone. You had no chances if you stood under that,” she recalls while sitting on the front step of her home overlooking the sea.

Known as the English town worst-hit by coastal erosion, it is estimated that Happisburgh will lose around 97 metres (318 feet) of its coastal land during the next 20 years.

Bayless, 44, works as a nurse and lives in the cottage she inherited from her parents, the Beacon House, one of the few left by the village’s cliff. Every time a piece falls down, her entire home shakes.

“Sometimes it happens very late at night and I worry that it’s an earthquake or that someone is entering the house,” she says. 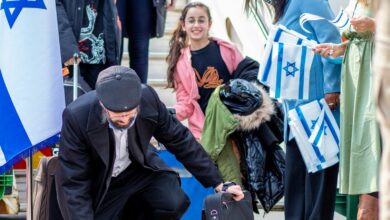