With some blockbuster space missions under way, 2019 saw some amazing images beamed back to Earth from around the Solar System. Meanwhile, some of our most powerful telescopes were trained on the Universe’s most fascinating targets. Here are a few of the best.

Up in the clouds

Nasa’s Juno spacecraft has been sending back stunning images of Jupiter’s clouds since it arrived in orbit around the giant planet in 2016. This amazing, colour-enhanced view shows patterns that look like they were created by paper marbling. The picture was compiled from four separate images taken by the spacecraft on 29 May.

The image above shows swirling clouds that surround a circular feature within a jet stream region on Jupiter.

After its swing-by exploration of Pluto in 2015, Nasa’s New Horizons spacecraft was sent after a different target in the distant Kuiper Belt, which lies beyond the orbit of Neptune. This belt is populated by thousands of primitive, icy objects that provide insights into the very beginnings of our Solar System.

Scientists settled on an object called MU 69, which had only been discovered in 2014. MU 69 (later called Ultima Thule, and now Arrokoth) turned out to be a 39km-long “contact binary”, composed of two different icy balls that collided at low speed. The reddish colouration is caused by organic compounds called tholins on the surface.

Eta Carinae is a star system located around 7,500 light-years away. It consists of at least two stars that, combined, emit about five million times more energy than our Sun. One of the stars has been releasing hot gas that has expanded into a pair of ballooning lobes. For decades, astronomers have wondered whether it is on the brink of destruction, and will erupt in a violent supernova. This latest image of the stellar fireworks display was released this year, and was taken by the Wide Field Camera 3 on the Hubble Space Telescope.

Nasa’s Curiosity rover has been exploring Gale Crater on Mars since 2012. The robot took this “selfie” as it explored the slopes of Mount Sharp – a mountain that forms the central peak of the impact depression.

Two samples of rock drilled from this site showed exceptionally high amounts of clay minerals. Clay often forms in the presence of water, which is a key ingredient for life. Previous evidence had shown that water once pooled in Gale Crater.

Far side of the Moon

On 3 January this year, China’s Chang’e-4 spacecraft became the first mission to perform a soft landing on the far side of the Moon. A few days after the touchdown, cameras on the robotic rover and its lander were commanded to take photos of one another.

The spacecraft were carrying cameras, a radar to probe beneath the lunar surface, a spectrometer for identifying minerals and a live experiment to grow plants in a mini-biosphere. In May, Chinese scientists reported that Chang’e-4 had confirmed a longstanding idea about the origin of a vast crater on the Moon’s far side where the mission landed.

This image taken by the Hubble telescope shows a spiral galaxy called NGC 772, which lies 130 million light-years away. NGC 772 has much in common with our own Milky Way galaxy. For instance, both the Milky Way and NGC 772 have small satellite galaxies, which closely orbit their parent galaxies.

However, the two are also different in a few key ways. For example, NGC 772 lacks a central feature called a bar, which is built of gas and stars and is thought to help funnel material through the core of a galaxy – perhaps fuelling star formation.

LightSail is a project developed by the non-profit organisation The Planetary Society. Its purpose is to demonstrate solar sailing in low-Earth orbit. Solar sails are a long-discussed way of propelling spacecraft. The sails exploit the fact that sunlight exerts pressure on a mirrored surface. This can, in theory, be used for propulsion in a way that’s akin to a sail being blown by the wind.

LightSail 2 was launched on 25 June 2019. This image shows the sail after its deployment on 23 July. 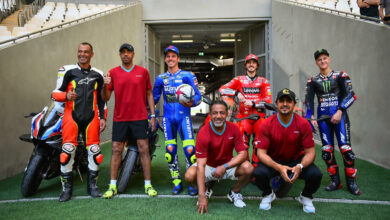 The Ramadan Spirit Must Remain High Despite Globalization! 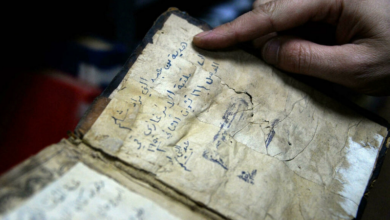 Mosul: A Library Opens in Defiance of ISIS (AFP) 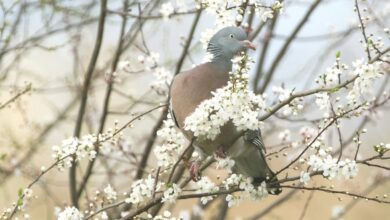