Analysts suspect the trip was aimed at giving credence to Erdogan’s pledge to deploy troops to the war-wracked country in support of the then-embattled, United Nations-brokered Government of National Accord (GNA), with Tunisia being the closest “friendly” country from which to feed the military effort.

With the benefit of hindsight, Tunis’s eventual rejection of a foreign military presence on its soil and outside meddling in Libya was rational, if only because the country’s bleak economic outlook made it particularly susceptible to being pressured by any of the world powers involved in the Libyan conflict.

Still, the episode highlighted an important dilemma for Ankara, which has backed the Tripoli-based government of Prime Minister Fayez al-Sarraj since April 2019, when eastern-based military commander Khalifa Haftar launched his assault on the capital: How long could Turkey go supporting the GNA from its home bases in the Anatolian peninsula?

The answer to that question, analysts say, is becoming clearer now that GNA-aligned forces have expelled Haftar’s Libyan National Army from much of Libya’s western coast and advanced on the strategic al-Watiya airbase.

“GNA control of al-Watiya gives them an opportunity to commit ground troops and a safe location to build up a military presence in Libya.”

Built by the United States during World War II, the base is among the country’s most important military facilities.

Its location southwest of the capital Tripoli and at an equidistance of roughly 50km from Zintan, Zwara and Assa, make it difficult for enemy forces to reach it without incurring heavy human and material losses.

The late former dictator Muammar Gaddafi sought to expand the base with a view to enhancing the power projection capability of his country – itself located at the intersection of several migratory and trade routes in North Africa.

The airbase was spared the chaos and destruction that befell other military installations during the 2011 NATO-backed uprising that toppled Gaddafi.

Libya’s armed forces announced plans to refurbish the base, only for the deteriorating security situation to force the country’s transitional authorities to shelve the modernisation plans.

In 2014, and shortly after pledging allegiance to Haftar, fighters from the city of Zintan overran the base. That came after Haftar called on Libyans to rise up against the country’s elected parliament in what critics described as his first attempted coup.

Though focused on consolidating his control in eastern Libya, the septuagenarian kept a close watch over his new asset in western Libya, foreshadowing his April 2019 campaign to take the capital.

“The GNA’s recapture of al-Watiya will put an end to Haftar’s hope of ever controlling western Libya,” said Naeem al-Gheryani, a lawmaker with the Tripoli-based parliament.

“It also stops Haftar’s use of the base to launch air raids that target civilians and GNA forces defending the capital.”

Gheryani, who is also a member of the house foreign relations committee, said the airbase, once retaken, would relieve the GNA from the burdensome task of defending the western front and allow its troops to focus its attention on areas south of the capital.

For now, the battle for al-Watiya has proven to be a challenge for the GNA. A ground assault launched on May 5 has so far failed, with GNA-aligned forces suffering heavy losses.

“I do not believe a ground offensive even with air cover will be able to successfully take the base,” said Abu Hajar, the military expert.

“The GNA strategy will be to surround the base and cut off the supply lines coming into it with air attacks. Haftar’s forces there will eventually have no choice but to eventually give it up.”

On Friday, more than 70 troops were either killed or wounded by air strikes, according to GNA military spokesman Mohamed Gununu.

Omar Alghazeli, a member of the Zintan military council, told Al Jazeera that negotiations with the Tripoli government to hand over the base are already ongoing.

It was initially hoped the GNA’s recapture of vast swathes of territory would force Haftar to rethink his strategy and, indeed, return to the negotiating table.

But with military power shifting after Turkish support to the GNA, it is officials in Tripoli who are refusing to negotiate with Haftar.

In a letter to UN Secretary-General Antonio Guterres, the speaker of the Tripoli-based parliament wrote: “Any call for dialogue before the end of our military operations will not be heard. We will not accept any dialogue in which Haftar may be a key partner in the coming stage and the political future in general.”

There are now growing signs Haftar, an Ajdabiya native, would rather maintain his control of eastern Libya than resume talks with his foes.

In a speech in late April, Haftar announced his withdrawal from the 2015 Skhirat agreement, which paved the way for the GNA’s creation.

He said he had a popular mandate to govern Libya after supporters thronged the eastern city of Benghazi.

Despite his failure to capture Tripoli, the prospect of him remaining in power is not likely should his foreign supporters – which include the UAE, Egypt and Russia, among others – continue to bankroll him. 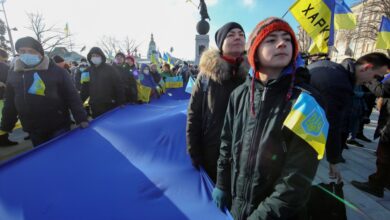 US, Pakistan military officials meet over troop withdrawal from Afghanistan 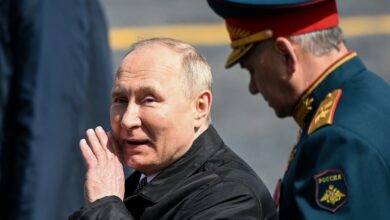