Natural gas prices were already under pressure at the start of the year, thanks to oversupply. Then coronavirus lockdowns, a mild winter and an oil market rout conspired to suppress gas prices even further.

Consumption of natural gas is expected to fall by 4 percent this year, as the sector deals with the unprecedented shock, said the International Energy Agency.

As energy prices have fallen, energy majors have put oil and gas assets up for sale in an effort to cut costs and hoard cash to weather the downturn.

This has helped pull the rug out from under hydrocarbon exploration in frontier territories like Greece, exacerbating the already repellent effect of red tape from Athens that has yet to spell out environmental rules for offshore drilling – an essential first step towards issuing permits.

France’s Total is in advanced talks to transfer its share of exploration block 2 in the Ionian Sea to its local Greek partner, Energean, a senior Greek energy executive, told Al Jazeera.

ExxonMobil has announced it will be focusing investments on Egypt where it recently acquired two offshore exploration blocks. Many in the energy industry interpret the move as a clear demotion of ExxonMobil’s operation in Greece, where it has acquired two deepwater blocks south and west of Crete.

“The concessionaires have a lot of work to do [off Crete], and they haven’t received permits. Rather than wait, they are moving to places where they won’t have delays,” said Charles Ellinas, CEO of Cyprus Natural Hydrocarbons Company (CNHC). “I think this is why ExxonMobil’s interest is moving to Egypt. The government makes it very easy to do business there.”

In addition to bureaucracy and coronavirus, Greece’s natural gas sector faces another hurdle in the form of Turkey, which contests Athens’ maritime jurisdiction in parts of the Mediterranean Sea.

Tensions between Turkey and Greece appeared to ratchet up in January, after a Turkish seismic exploration ship Oruc Reis encroached upon the edge of the maritime jurisdiction Greece claims. A Greek frigate monitored it for about 24 hours before it left. Greece has threatened to sink any exploration ships sent by Turkey that Athens considers unauthorized.

Last November, Turkey reached an agreement with the Government of National Accord (GNA) in Libya to divvy up commercial exploitation rights across a corridor of the eastern Mediterranean – much of it within the maritime jurisdiction Greece also claims.

Since then, Turkey has sent soldiers and military equipment to the GNA, helping to turn the tide in the civil war with the self-styled Libyan National Army under renegade military commander Khalifa Haftar.

Though Greece, Egypt, Cyprus, the European Union, Russia, and the United States have all denounced the Turkish-Libyan agreement as illegal, industry figures say it could still be off-putting to potential investors in Greece’s claimed slice of the Mediterranean.

“Αny investor is saying, ‘I have a technical risk, I have an economic risk, now I also have a geopolitical risk,'” said Yiannis Bassias, the former head of Hellenic Hydrocarbon Resource Management (HHRM) – the state-owned company that oversees Greece’s natural gas concessions. “People are saying, ‘Let’s see what’s going to happen around Crete’. Things are freezing up.”

Greece’s hydrocarbon ambitions have been percolating since 1996, when Athens tried to auction exploration blocks but found no takers. A second auction in 2014 saw only two blocks out of 20 leased.

When Bassias, a hydrocarbon industry veteran, took the helm of HHRM in 2016, he went on the offensive.

“We went out to pitch,” he said. “We asked [prospective buyers] to write us a letter of interest so we could restart the concession tenders without risk. It was a direct expression of interest, which legally obliged [the government] to do an open tender process.”

But last December, Bassias was asked to resign two years short of the end of his contract. At the time, he was working to promote promising new exploration blocks in the central Ionian Sea and in the contested waters east of Crete.

Costis Stambolis, executive director of the Institute of Energy for Southeast Europe, a leading energy think-tank, believes the new government’s desire to avoid escalating tensions with Turkey was behind Bassias’ prematurely ended tenure at HHRM.

“The current government is not in favour of investments and exploration in oil and gas,” Costis told Al Jazeera, adding that the government’s lack of interest in the sector could negatively affect exploration both on and off Greece’s west coast, which are far from Turkey.

But Greek officials insist the government is not pulling back from developing its natural gas potential. 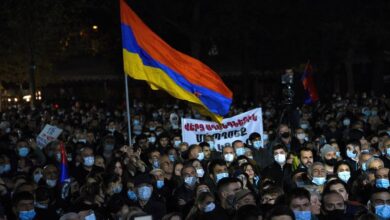 Photos of crowded US detention centres put pressure on Biden 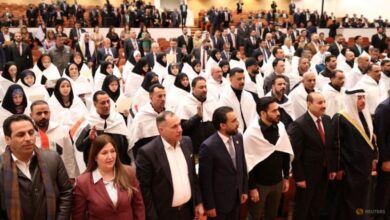