It’s been a rough Bachelor season for all involved.

There have been six episodes of drama so far, with lead Peter Weber stuck in the middle, making questionable decisions all over the place—or at least from our perspective they look questionable. Like when he sent Alayah home based only on opinions from other women, and then brought Alayah back into the fray with a rose from a date she wasn’t on, and then let Alayah go again when the other women got mad. Or like when he invited Tammy and Mykenna on a confrontation disguised as a date, told each of them what the other had said, sent one home then, and then sent the other one home a few minutes later during the rose ceremony. Or like when he chose Hannah Ann, of all people, to grill about her youth during dinner.

We’re just saying some viewers have had a hard time with some of these choices, but it’s clear Peter’s also having a bit of a hard time. What’s a guy supposed to do about two of his girlfriends screaming at each other? Who’s he supposed to believe when one girl says she’s friends with another girl, and the other girl says the opposite?

Some headlines have declared he’s the worst Bachelor ever, or that he’s becoming a supervillain. Tweets have said far worse, and Peter’s definitely not hiding away in a criticism-free bubble. He’s heard a lot of the hate and he’s not here for it.

“I’m definitely getting some tough skin now,” he told E! News. “But I just…I understand that there’s a lot of drama drama right now and things are kind of crazy, but I do think it’s a little…it’s too bad a lot of the criticism and a lot of hate that’s kind of been kind of coming out.”

He says he wishes people could focus on positivity instead.

“I just think there’s no place for that and there’s too much of that right now, and I wish that people could more focus on spreading love and just more positivity and not so much negative stuff, because again, we’re just we’re all human, and I know there’s a lot of opinions about a lot of the women on the show, a lot of opinions about me,” he says. 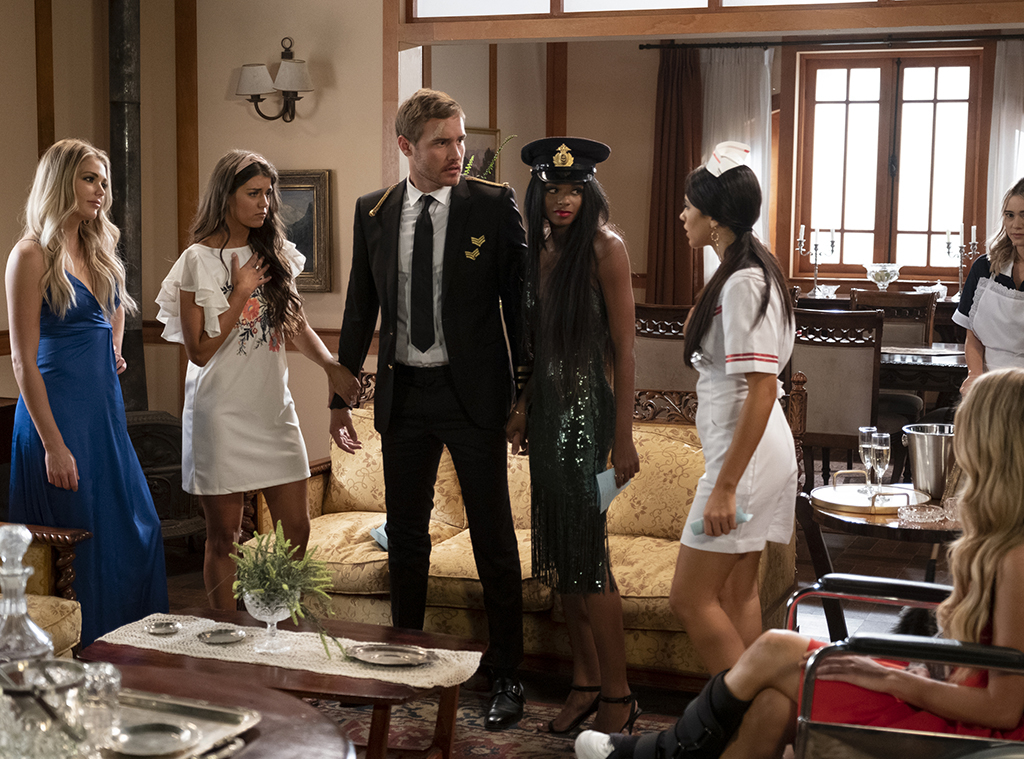 After all, all the people who sign up to be on this franchise are still human.

“You know, we’re just doing our best, and we sign up for this type of experience and you hope for the best,” he says. “You hope you’re going to find love at the end of it and yeah, things are always going to happen, things are gonna come out, because we’re human beings and we’re not perfect, but I just wish people would focus more on spreading love rather than so much hate.”

Peter also says that even after being a contestant, there’s no real way to prepare for what it’s like to be the Bachelor, and he did the best he could.

“You have no idea, and obviously being on the contestant side and being on the lead side are two different worlds and so you can never really prepare for either one,” he explains. “I remember getting ready to be the Bachelor and you try to prepare as well as you can. You think you know what’s coming and how you’re going to handle it, and there’s just no way. You can’t ever imagine dating that many people in that kind of environment. It’s a beautiful, amazing environment, but it’s also very tough, there’s a lot of pressure and you have to make decisions in a really short amount of time and you have to let go of relationships that you maybe don’t know if you want to let go of yet, and it’s tough. And you just you try your best, and that’s all I did and, you know, I’m happy about that.”

Kylie Jenner Had the Perfect Clapback for This Body-Shaming Comment

Dorra Zarrouk Accused of Stealing Her New Husband From His Spouse & Children.. Check His Wife’s Comment

After Converting to Christianity, Mohammad Al-Momen Shocks Followers in Another Video.. Watch