Ask a timid child what their favourite animal is, and they will open up instantly. Indeed, as a young girl, pets were my first friends. At some point – it might have been after the neighbour’s monkey climbed our gate to join me for piano lessons – I fell in love with primates.

It was not the stuffed dolls or the animated versions in cartoons. It was the real life-size mammals that propelled me to start a wildlife club in my secondary school in Kampala and subsequently a career in conservation.

My connection to animals was intimate. While adults often treat animals in an entirely utilitarian way – using them for anything from food and clothes to research and police activity – children’s affection for animals is universally unconditional.

Biologist Edward O Wilson has explained this as the “biophilia hypothesis” – the idea that we possess an innate tendency to seek connections with nature. Evidence suggests that spending time with animals increases children’s self-esteem and promotes their cognitive development. Growing up with dogs or barnyard animals may even strengthen children’s immune systems.

When I was growing up, these truths were not widely known in my community. Although traditionally we used to co-exist with wildlife, this balanced way of living was broken by colonisation, rapid economic modernisation and urbanisation. For many, wildlife became just a menace. For wildlife, humans became the driver of extinction.

Nature conservation was something done exclusively by foreigners, whose work oftentimes displaced Indigenous and local communities. This model was not only morally flawed, but it also failed: despite tremendous efforts and funds, species continued to disappear.

I wanted to change that. My love for animals drove me towards veterinary medicine and conservation. When I was taking my first steps into the field, veterinarians were still not working with wildlife in Uganda.

This was despite the fact that wild animals were by no means isolated from human interventions. Gorillas, which became the focus of my work, were one good example. These mighty primates are threatened by population growth, agricultural encroachment and illegal mining, which destroy the buffer zones that separate humans from them, even in and around national parks. They can also suffer from scabies, as I discovered in my research, as well as from other human-borne pathogens.

Similarly, the encroachment into the natural habitat of wildlife can lead to animal-human transmission of a broad range of viruses as well, spreading zoonotic diseases like Ebola, SARS and COVID-19.

In recognition of this reality, a new approach to working for wildlife has emerged in recent years. It centres on improving lives and livelihoods in the remote villages that surround conservation areas. When humans enjoy a better quality of life, they are more positive about conservation. This, in a nutshell, is the One Health approach introduced by the UN.

Adopting this approach means keeping conservationists well informed about the needs and traditions of Indigenous and local communities and helping farmers see conservation as an opportunity. It means training rural dwellers to lead wildlife away from community areas, without any person or animal getting hurt and making community health workers aware of local conservation activities.

Where I work, at Bwindi Impenetrable National Park in Uganda, applying this approach means safety and employment for locals. And it means a brighter future for mountain gorillas: They are healthier here, and are no longer critically endangered.

But there is another critical area where we also need to improve. The number of young Africans choosing careers in conservation is still relatively small. I am proud to be part of the generation that starts to change that. Embedded in our communities, we know that only if you engage communities in a meaningful way can you recover an almost extinct species.

We need to increase local representation among conservationists. Animal-human conflict can be overcome and co-existence can be rediscovered once local communities take the lead in protecting nature and wildlife around them. The shift can happen when more of us become part of “generation restoration”, when more Africans study, research, work, and change our mindsets towards our relations with nature.

Our work in wildlife conservation also has to be part of the larger efforts to address climate change. If we fail to halt and reverse the degradation of lands and oceans, we will witness the loss of one million endangered species in our lifetime. On the other hand, by restoring only 15 percent of our ecosystems, we can cut extinctions by 60 percent. Restoring degraded ecosystems to turn them into carbon sinks is also crucial. Restored forests, peatlands and mangroves, along with other natural solutions, can provide more than one-third of the greenhouse gas mitigation needed by 2030.

What children know intuitively is being confirmed by scientific research: Everything is interlinked and interconnected. Improving animal health and human health are much closer than people think. And after a long era of ecosystems degradation, the restoration of nature is the only possible way forward. 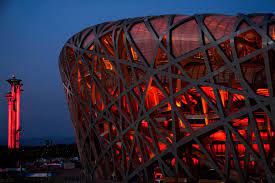