A Thai soldier killed many people on Saturday in a livestreamed mass shooting across several locations in a northeastern city, police said.

“The gunman used a machine gun and shot innocent victims resulting in many injured and dead,” a police spokesperson told AFP, with local media reporting as many as 12 fatalities.

“I cannot confirm the death toll right now, police sealed off the area.”

The gunman, identified by police as Sergeant Major Jakapanth Thomma, stole an army vehicle and also posted photos and video of himself in full tactical gear as the attack in Korat was carried out.

Video and photos circulating online showed panicked scenes, with people fleeing and what appeared to be the sound of automatic gunfire filling the air.

Police in the province said they have sealed off a Terminal 21 shopping mall but have yet to capture the gunman.

Thailand has one of the highest rates of gun ownership in the world but mass shootings by soldiers targeting civilians are rare.

In one high-profile case, two lawyers were shot dead by a clerk at a court in the east of the country during a hearing over a land dispute. 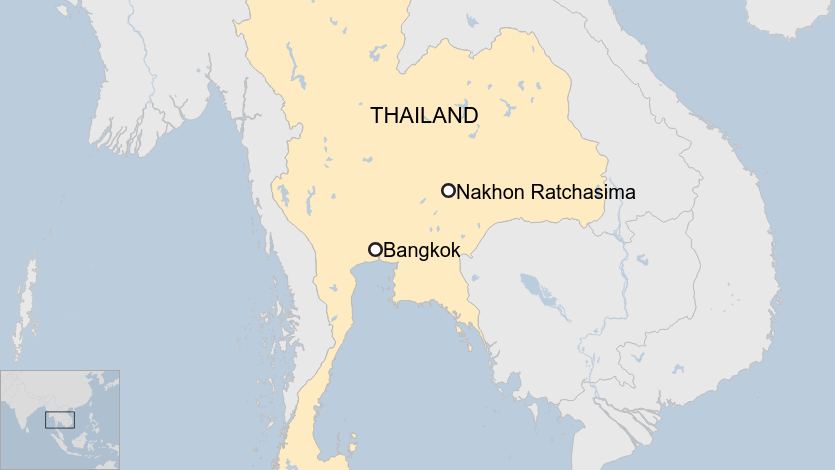