The milestone sets the stage for chief Elon Musk to collect billions in pay tied to hitting that target.

Tesla’s share price has more than doubled since October, when the firm reported a rare quarterly profit.

Shares rose 4% on Wednesday, making its valuation second only to Toyota.

Although Mr Musk’s company has some way to go to catch up with the Japanese car making giant. Toyota has a stock market valuation of more than $230bn.

Some analysts say the rise in price reflects Tesla’s performance in recent months, during which it has opened a factory in Shanghai and met its production goals.

This month, Tesla said it had delivered more than 367,500 cars last year – up 50% from 2018. Investors expect the new factory to act as a springboard that will allow it to capture more of the Chinese market.

Despite the increase, Tesla’s sales remain small compared to those of its competitors. 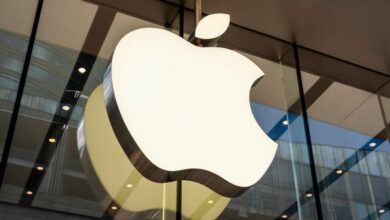 Apple staff make bid for first union at a US store

Facebook’s metamorphosis – will it work?