The technology was programmed to write about three topics: ‘the plague,’ ‘Caesar,’ and the end of days.’

The full copy of the AI’s scripture is riddled with glitches, half of the nouns used are ‘Lord,’ but some eerily resemble what is shown in the bible.

‘In these days of trials and tribulations many have turned to religion,’ Durendal shared in a blog post.

But what religion is left for those who have averted their gaze from the fables of old to the shiny metal toys of today?’

When writing about ‘the plague,’ the AI began the passage as such, writing: ‘The Plague shall be the fathers in the world; and the same is my people, that he may be more abundant in the mouth of the LORD of hosts.’

However, the text appears to go off track towards the end where the system begins using ‘Lord’ a number of times in a single sentence.

‘And the LORD said unto him, Sir, we know that the LORD shall swear by the LORD in the Lord, and we will not bear false witness in the Lord,’ reads the text.

The next set of writings are about ‘the end of days,’ which in the traditional bible talks about the coming of the Messiah and the world coming to an end.

And the AI gave its own take on the topic.

‘And he that was dead, the servant of the LORD came unto me, saying, Son of man, speak unto you all that dwell in the wilderness and they shall be saved by the border of the LORD and his priests and his sons, and on the seven lambs, and of the seven places of the beast, and the other on the sabbath days.

But again, throughout the text a number of glitches appear such as:‘And when he was come into the house of God, which said unto the chief captain, and the gates of the brook, and the priests, and the fat that was made priest, and there was given him a wife, and his work was cast into the sea.’

The last topic given to the AI was ‘Caesar,’ who was a Roman emperor during the time of Jesus.

‘The scribes and the children of Israel were gathered together with the Levites and the men of Bethshemesh, which was the son of Josiah king of Judah, and they hanged them through the head of the body of Christ, and hath sent me,’ the AI wrote.

AI Jesus is just one of many systems programmed to write natural language.

Researchers have taught computers to produce music and art that is some times unrecognizable from human creations. 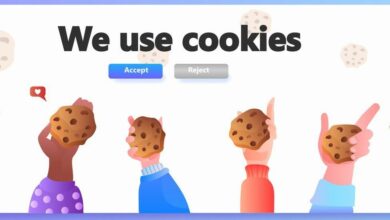