The International Monetary Fund (IMF) will continue meetings with Lebanese authorities on Monday, sources familiar with the process said, extending a visit to provide technical advice that was expected to end on Sunday.

The IMF began meetings with Lebanese authorities on February 20 to provide broad technical advice on how to tackle the country’s crippling financial and economic crisis. The fund had said its team would stay until February 23.

Lebanon has not requested financial assistance from the IMF as it draws up a rescue plan to tackle a long-brewing financial crisis that spiraled last year as capital inflows slowed and protests erupted against the ruling elite.

The sources familiar with the meetings said talks would continue until the Lebanese government made a decision on issues related to the technical assistance. The results of the meetings were “positive”, they added, without specifying further.

Lebanon is grappling with an acute liquidity crunch that has prompted banks fearing capital flight to impose strict controls. The Lebanese pound has slumped by about 60 percent on a parallel market, hiking inflation.

Saddled with one of the highest public debt burdens in the world, Beirut must decide quickly what to do about fast-approaching debt payments including a $1.2 billion Eurobond maturing on March 9.

Read our paper on why banking secrecy should be dismantled, and how to do it here: https://bit.ly/2LMmhAb 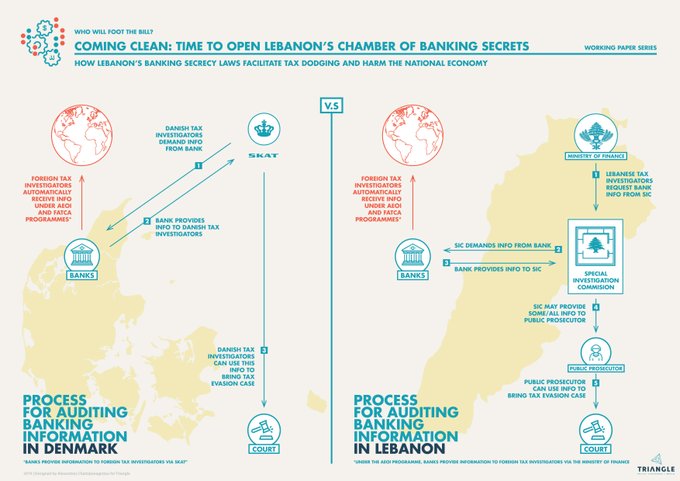 Coronavirus could cost airlines up to $113 bln in lost passenger revenue: IATA