Afghanistan’s Ministry of Interior Affairs has said girls will be allowed to return to secondary schools soon.

“From my understanding and information, in a very short time all the universities and schools will be reopened and all the girls and women will return to school and their teaching jobs,” he said.

Following the Taliban’s takeover of Afghanistan, teenage girls were told to stay home from school until a “safe learning environment” could be established. But boys in all grades and girls of primary age were told to return to school.

The exclusion of older girls has aggravated fears that the Taliban could be returning to their hardline rule of the 1990s, when women and girls were legally barred from education and employment.

Khosti “indicated that it was imminent that girls in secondary schools and their female teachers would be returning very soon,” said Al Jazeera’s Stefanie Dekker, reporting from Kabul.

“This is something that we’ve been hearing from the Taliban since they took power. Yes, they’re going to return. But it’s going to take time. And of course, that’s taking a toll on a lot of the girls,” she said.

“They want to go back to school, they want to continue their studies. This is also one of the demands of the international community for the Taliban to protect and safeguard the rights of girls and women to go to school and to work.”

When the Taliban took power in August, the armed group promised to uphold the rights of girls and women. But its actions since have worried the international community.

It has sent mixed signals about women returning to work in government offices and has forced universities to enact policies of gender segregation in order to reopen.

It also named an all-male cabinet, saying women could be included later.

Antonio Guterres, the secretary-general of the United Nations, earlier this month condemned the Taliban’s “broken” promises to Afghan women and girls and appealed to the group to fulfil their obligations under international human rights and humanitarian law.

“Broken promises leads to broken dreams for the women and girls of Afghanistan,” the UN chief said. “Women and girls need to be in the centre of attention.”

The Taliban’s rollback of women’s rights has also prompted criticism from Qatar and Pakistan, which have called on the international community to engage with the Taliban.

At a news conference last month, Qatari Foreign Minister Sheikh Mohammed bin Abdulrahman Al Thani, said it “has been very disappointing to see some steps being taken backwards” by the Taliban.

Al Thani said Qatar, which hosts the Taliban’s political office, should be used as a model for how a Muslim society can be run. “Our system is an Islamic system [but] we have women outnumbering men in workforces, in government and in higher education.”

Pakistan’s Prime Minister Imran Khan meanwhile said that although he doubted the Taliban would once again place an outright ban on girls’ education, the group should be reminded that Islam would never allow such a thing to happen again.

“The idea that women should not be educated is just not Islamic. It has nothing to do with religion,” Khan told the BBC media outlet . 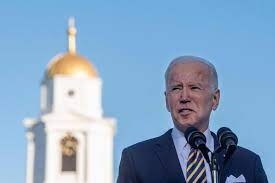