From the labour market recovery to the prospects for future growth, there was plenty of data on Thursday to take the pulse of the world’s largest economy as it continues to recover from COVID-19 lockdowns and restrictions.

The United States Department of Labor said the number of Americans filing claims for unemployment benefits with states last week ticked down ever so slightly to 411,000. That is 7,000 less than the previous week, when they rose unexpectedly.

That upward tick the week before last appears to be a blip – which is excellent news for job seekers because weekly jobless claims are a proxy for layoffs.

But there is something of a controversial disconnect with the US jobs market. There were 9.3 million jobless workers in the US in May, but in April, there were a record 9.3 million job openings.

Many lawmakers are blaming the $300 weekly federal top-up to state unemployment benefits for acting as a disincentive for those out of work to pound the pavement and get a job. That belief has led governors in 26 states to announce they are opting out of federal unemployment benefits programmes, which include that federal weekly top-up.

But many economists argue there are other factors at play.

For starters, a lot of businesses started reopening all at once, which is creating bottlenecks for certain types of labour. Some of the folks who lost jobs during the coronavirus pandemic may have decided to retire early. There is the ongoing problem of available childcare options for jobless workers, with many daycare centres remaining closed. Fear of COVID-19 exposure may also be keeping the jobless on the sidelines.

For its part, the US central bank, the Federal Reserve, has repeatedly said it will keep interest rates near zero to help get Americans back to work and is willing to tolerate higher inflation for a while if that’s what it takes.

But all that easy money is also contributing to historically low mortgage rates, which in turn fuelled record-high prices for both new and previously owned homes in May. 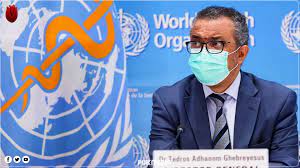