In January, small gold and yellow stickers began to appear outside the doors of restaurants across Taiwan, indicating that they use only Taiwanese pork.

The stickers can be hard to miss, sometimes overshadowed by ubiquitous COVID-19 contact tracing notices, but they carry huge significance to Taiwanese consumers. Their posting comes amid anger in Taiwan over the government’s decision to allow pork imports from the United States, despite longstanding consumer fears about the presence of ractopamine, a common feed additive used by American pig farmers.

Ractopamine, which enhances leanness in meat, is banned in the European Union, China, Russia and 157 countries, but Taiwan’s government says labels indicating product origin mean consumers can choose whether to eat it.

Still, many consumers are wary.

Pork is a staple of Taiwanese cuisine and an important domestic product. About 90 percent of Taiwan’s pork is supplied by local farmers, who are part of the island’s powerful agricultural lobby.

The issue has triggered protests on the streets and in parliament, and the question of whether or not Taiwan should ban pork imports with ractopamine is one of four issues that will be put to a vote in a national referendum on Sunday.

Most Taiwanese are expected to vote in favour of a ban.

Referendums are held every two years and their results are non-binding – voters famously rejected same-sex marriage before it was legalised in 2019 – but they will nevertheless send a strong signal to the administration of President Tsai Ing-wen.

The pork imports are widely seen as a concession to the US, Taiwan’s most important ally. Taiwan’s president hopes to sign a free trade agreement with the US and join a trans-Pacific trade deal known as the Comprehensive and Progressive Agreement for Trans-Pacific Partnership (CPTPP).

Tsai has said rejecting US pork could show Taiwan is opposed to free trade, at a time when her government needs as many friends as possible amid pressure from China, whose government claims the self-ruled island as its own.

The president has also pointed out that the science around ractopamine has changed in the past decade and international guidelines for its use are now in place as part of the UN’s Codex Alimentarius Commission.

Many voters and the opposition Kuomintang (KMT) are not convinced.

Polling by the news site MyFormosa found 55.4 percent of respondents indicated they would vote yes on rejecting the imports while 37.9 percent would oppose a ban. 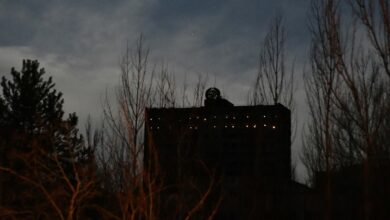