Hundreds of mourners including Syria’s religious affairs minister attended a funeral in Damascus on Friday for the state’s top Muslim cleric, who was killed in a bombing near the capital.

Sheikh Mohammed Adnan Afiouni, the Sunni Muslim Mufti of Damascus who was close to President Bashar al-Assad, died on Thursday when his car was targeted with an explosive device in the countryside near Damascus.

Afiouni played a large part in what the government describes as reconciliation efforts with armed groups who seized control of several Damascus suburbs during the country’s nine-year-long civil war, but who were then driven back by government forces.

He was a leading conservative scholar who preached against Sunni radicalism and the Muslim Brotherhood, which took up arms against the current president’s father, Hafez al-Assad. 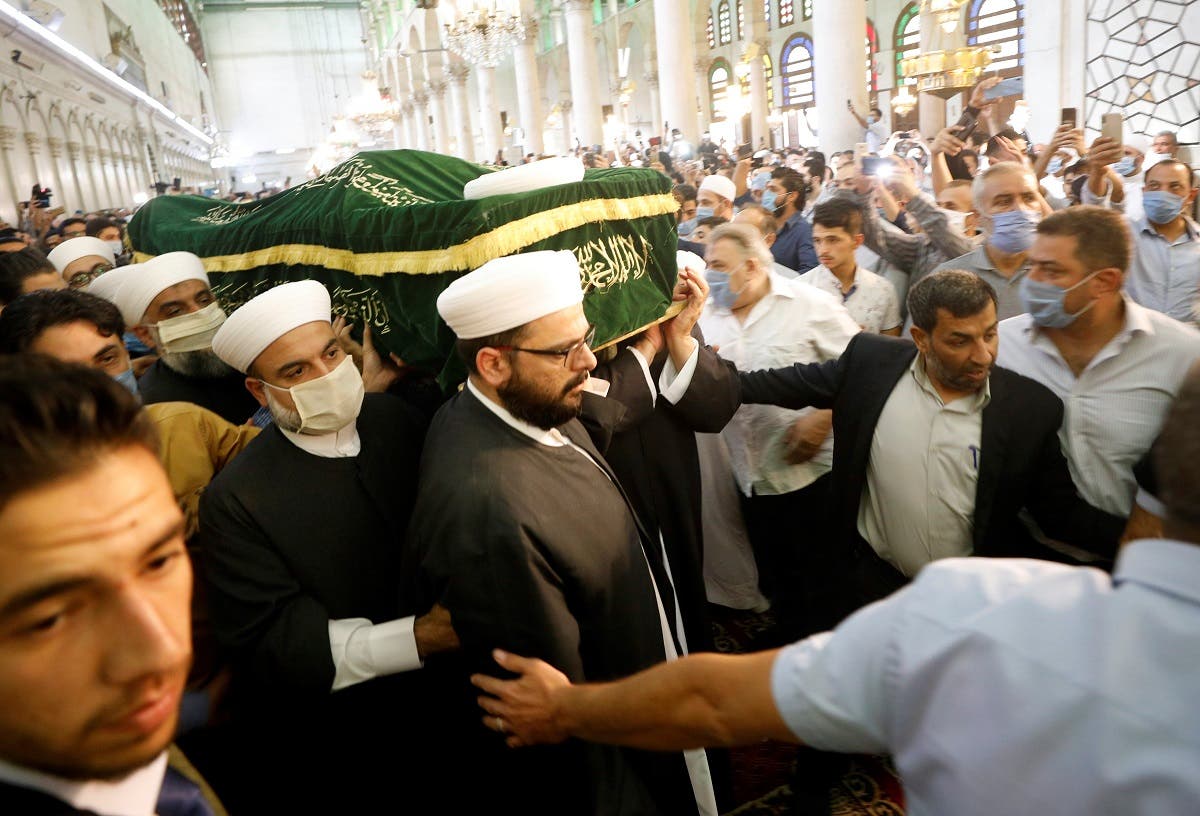 “He helped to consolidate (the Assad family) grip on power during the fight against the Muslim Brotherhood and later the Salafi trends,” said Waeil Olwan, a political scientist and scholar in the Istanbul-based al Jusoor think tank that focuses on Syrian studies.

The 66-year-old cleric described the Syrian uprising as one of “destruction, chaos and terrorism,” Alwan added.

Syria’s Minister of Endowments Mohammed Abdul Sattar al-Sayed was among hundreds of worshippers who gathered at the Syrian capital’s ancient Ummayad Mosque for Afiouni’s funeral.

Pictures from the funeral showed the masked minister paying condolences to Sheikh Afiouni’s son, alongside the son of another slain cleric Mohammed al-Buti, the government-appointed of the Ummayad mosque who died in a 2013 bombing.

Afiouni headed the Cham Islamic Centre to fight Terrorism and Extremism that trains hundreds of clerics and mosque imams before their employment by the state.

He also led prayers which Assad attended in the town of Daraya after it was recaptured in 2016 from rebels after bombardment that killed hundreds and displaced thousands.

‘The greatest’: Thousands of Argentinians say goodbye to Maradona