Al-Jaras Magazine posted a press conference of US President Donald Trump on its Instagram page.

As usual, Trump was still blaming China for the Coronavirus spread, and when a reporter asked him “Why is this a global competition to you if everyday Americans are still losing their lives, and we’re still seeing more cases everyday?”

Trump answered: “Well people are losing their lives everywhere in the world. And may be that’s a question you should ask China! Don’t ask me ask China that question okay? When you ask them that question, you might get a very unusual answer.”

The reporter – who had Asian features – was shocked of the President’s answer, and when he moved on to the next question, she couldn’t stay silent and interrupted him saying: “Sir, why are you saying this to me specifically?” and he answered: “I’m not saying this specifically to anybody, I’m saying it to anybody who’d ask a nasty question.”

Trump’s drama and behavior apparently provoked Syrian actress Safaa Sultaan, as she wrote a comment on the video that said: “He is one psychopath. I swear to God he’s retarded”! 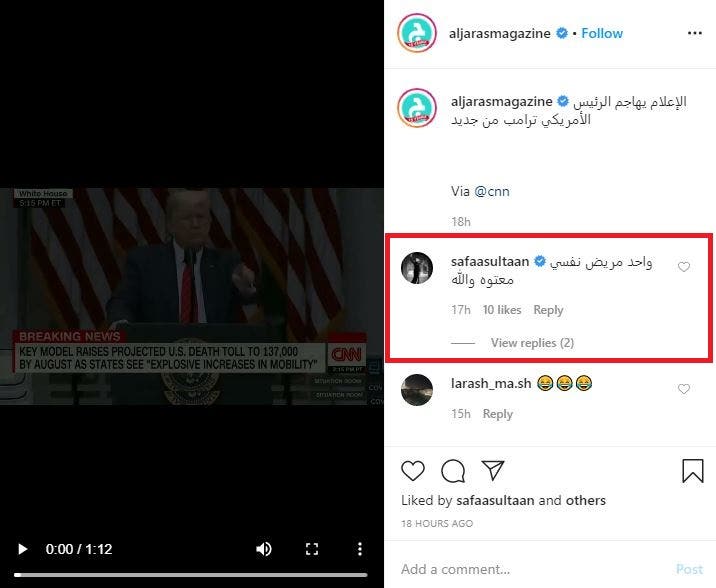 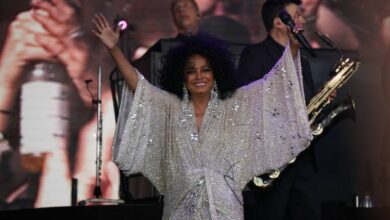 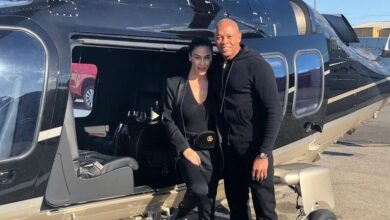