A Swiss pharmaceutical company completed its first transaction with Iran since the United States imposed sanctions on Tehran, the government in Bern said on Monday.

The Swiss Humanitarian Trade Arrangement (SHTA) channel to bring food and medicine to Iran started trial operations in January, but the email from Switzerland’s State Secretariat for Economic Affairs (SECO) seen by Reuters suggested the first deals under the agreement had now gone through.

“We would like to emphasize that the operationalization of the SHTA is progressing and that a number of companies have already been approved, more companies will follow. Further transactions should be carried out shortly,” read the email, according to Reuters.

SECO did not identify the Swiss drugmaker or give a value for the shipment, which it said involved a cancer drug used to treat iron overload caused by repeated blood transfusions.

US should have informed us before conducting airstrike: Taliban 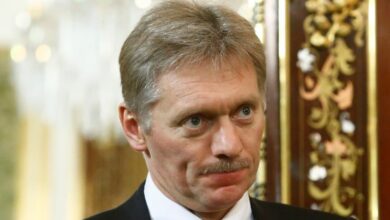 The Kremlin calls on Russians to ‘unite’ around Putin

Top US envoy Blinken in Afghanistan for troop withdrawal talks