A number of pupils in the Sutton area had to be taken in for treatment on March 12, with a number of similar incidents taking place since.

The gummy sweets look like normal gummy bears or similar treats but are infused with cannabis and cause a similar effect to smoking it.

While no-one has ever died as a direct result of cannabis, users or those who have never taken the drug can misjudge doses, especially when eating it, and suffer side effects like vomiting and panic attacks.

Police have now issued a warning to parents and said children caught with the weed sweets will be referred to them.

It is not clear exactly how many youngsters have been affected.

The warning said: ‘There has been an increase in young people buying what at first appear to be regular jelly sweets, gummy bears or similar sweets.

‘These sweets are not what they appear to be. They are in fact mixed with cannabis and have a detrimental effect on those eating them. 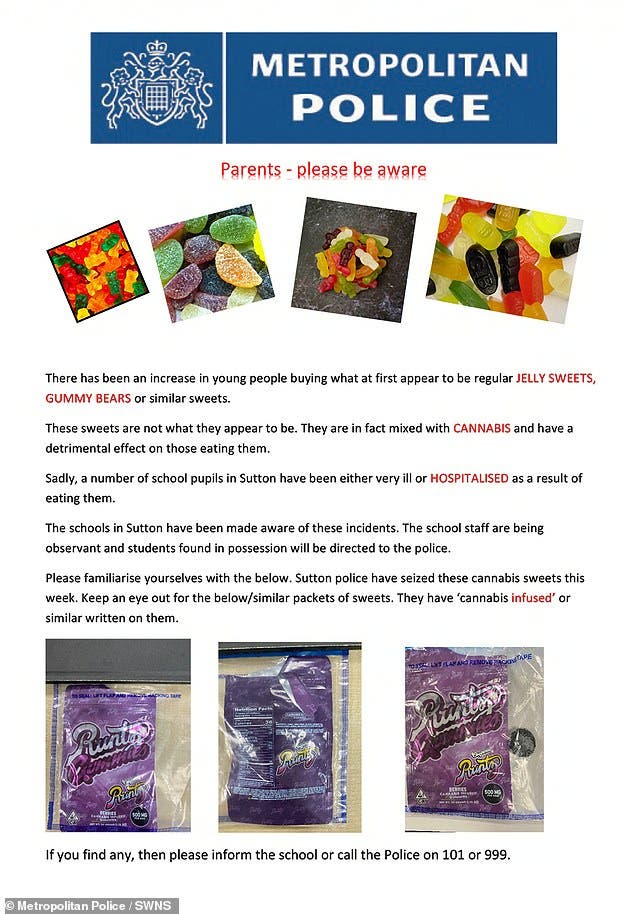 ‘Sadly, a number of school pupils in Sutton have been either made very ill or hospitalised as a result of eating them.’

Cannabis is illegal for recreational use in the UK, although it can be prescribed for medicinal purposes.

Some MPs have also said recently they believe the drug could become fully legalised in just a few years.