Sweden’s ambassador to the United States has said the capital of the Nordic country could reach herd immunity by May – a result of a controversial response to the coronavirus pandemic involving few public restrictions.

“About 30 percent of people in Stockholm have reached a level of immunity,” Karin Ulrika Olofsdotter told National Public Radio (NPR).

To date, close to three million people have been infected by the new coronavirus, which has caused more than 206,000 deaths worldwide.

“We could reach herd immunity in the capital as early as next month,” Olofsdotter said in the interview published on Saturday.

So-called herd immunity occurs when a large enough percentage of a population becomes immune to a virus, either through infection or vaccination, thus preventing further spread throughout the group.

While that percentage changes based on the pathogen, the United Kingdom’s chief scientific adviser has said models indicate about 60 percent of a given community would need to be immune to reach herd immunity for the new coronavirus, SARS-CoV-2.

However, questions remain how immune a recently recovered coronavirus patient actually is, and how long that immunity lasts. The World Health Organization (WHO) has warned against governments issuing so-called “immunity passports” to those who have recovered from the disease caused by the coronavirus, COVID-19, in light of the unsettled science.

Greece, US foreign ministers to meet over tensions with Turkey

Trump still banned from Facebook but board demands company review 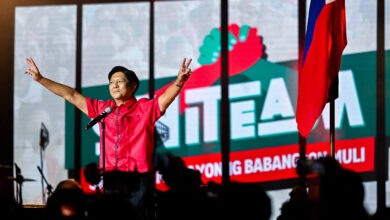