Susan Sarandon was “nervous” about her ‘Friends’ cameo.

The 74-year-old actress guest starred in the hit sitcom, and has reflected on her cameo appearance with fondness, although she admitted she was nervous about stepping onto the famous set was already acquainted with one another.

Speaking to Us Weekly magazine after HBO Max aired the ‘Friends’ reunion special, she said: “It was so wonderful because they really knew what they were doing by that time. So everyone was very relaxed, and I was kind of nervous.

“They all went back to set watching each other’s scenes, first of all. So it was a real family environment. I loved my wig. I love Joey. They were all just really fun.”

Susan played Cecilia in season seven, episode 15, who was the co-star of Matt LeBlanc’s character Joey Tribbiani in the fictional ‘Days of Our Lives’ show.

In the episode the pair have a brief fling, and Susan has joked she would “have sex with [Matt] again in a flash”.

She added: “He was great! I’d like to do more with him. I would have sex with him again in a flash!”

Susan also heaped praise on Lisa Kudrow, who played Phoebe Buffay, for being “so funny” on set, and said she felt “very privileged” to have landed the cameo role.

She explained: “I mean, they just called me, I don’t know what led to it. They just asked if I would do it. And they explained the part and I said, ‘Well, if she’s on a soap opera then I need a really big wig.’ You got to have very good, big hair. And they said, ‘Yeah, you can have that.’ And then that was it. I find [Matt] just lovely, all of them, really. Lisa Kudrow is so funny. I felt very, very privileged and I’d would work with them again in a flash.” 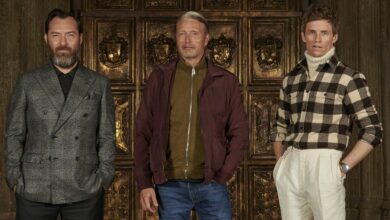