A few months ago, we were wondering if we could ever love Survivor again.

Season 39 was a bit of a mess for the CBS reality staple, which is celebrating 20 years and 40 seasons with tonight’s premiere. One player, Kellee Kim, complained about another player, Dan Spilo, inappropriately touching her, and after no more than a warning was issued, the situation snowballed all season long until Dan, who had made it to the final six, was removed from the game for a similar incident with a crew member. No one had ever been removed from the game before, but it felt like too little too late with just four days left.

CBS and the show made it clear that they understood the situation was mishandled. The network announced changes to production protocol for future seasons, and during the reunion portion of the episode (which was not recorded live, as it usually is), Jeff Probst sat down with Kellee Kim and apologized for not doing what he and producers should have done when she spoke up the first time.

There is obviously no mention of season 39 in the first two hours of season 40, because it hadn’t yet aired when filming began. And season 40 is a different situation entirely, filled with players who have been here before, who have already built reputations on this show, and who are on their best behavior just in general. But still, it gives the sense that Survivor is off to a brand new start, and might be better than ever.

Winners at War features 20 former winners—10 men and 10 women—competing for two million dollars. It’s the highest prize amount any reality show has ever offered, for a game played by some of the best and most beloved people who have ever played it. It’s newer winners, like season 36’s Wendell Holland and season 37’s Nick Wilson, playing against absolute legends like Rob Mariano and Sandra Diaz-Twine, who they’ve spent years worshipping.

It’s Rob Mariano playing against his wife, Amber Mariano. It’s Ethan Zohn, who won all the way back in season three, coming back to play again after surviving cancer. It’s people who played when they were 23, single, and childless now leaving behind kids and families to try and do it all again. It’s older players who have never had to deal with an idol now forced to reckon with just how many things have changed.

It’s a whole new story, and it is so fun to watch.

Winners at War includes all the idols and twists of more recent seasons, and even brings back one of the more controversial twists of the past few years, but with a twist of its own.

Players who get voted out will be shipped off to the Edge of Extinction, where they’ll have to fight to eventually, possibly get back in the game. It’s a shameless way to make sure we’re not just losing fan favorites in week one, especially because everyone on that island will know who they can’t be sitting next to when it comes time to vote for the winner, but it’s not exactly the same as it was in season 38.

In the video above, Jeff Probst explains a new element added to the game.

“We have 20 winners, they have that in common, so we wanted to give them something else in common, which is a new twist. So we’re bringing money into the game, like any society ultimately gets money,” the host explains. “So what will happen to the game of Survivor if we introduce currency? And we have a really cool way of doing it where you’re basically creating an economy of supply and demand and the best players will adapt.”

You’ll have to tune in to see how the money, called fire tokens, relates to Edge of Extinction, but it promises for an extremely cool and very different kind of season for this show. 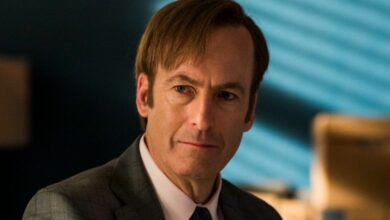