Fans of Turkish actors Can Yaman and Demet Özdemir will be on cloud nine after they hear the new announcement.

Italian magazine SoloDonna reported that DayDreamer Magazine has announced that Can Yaman and Demet Özdemir are set to co-star again in a new romantic series following the smashing success of their previous show Erkenci Kuş (The Early Bird).

As reported by DayDreamer Magazine, producer of the series Faruk Turgut has in fact claimed to be thinking of a new spin off with the much loved Can and Demet.

Faruk Turgut told in the Magazine:

“We are working on a new project to be presented to Can Yaman and Demet Özdemir, and I hope they will like it. The set with both of them was really fun. What you saw the air mirrors what happened on the set. I can tell you that there was an extraordinary energy between the two.”

The producer is ready to bring back (Sanem Aydin and Can Divit) to the small screen because of their harmony and skills and not only for their beauty.

“I bet on this couple from the beginning – he concludes – and this union has led to a super success for Erkenci Kuş (Daydreamer in Italy). The two actors, with their harmony, made the story like the most beautiful fairy tale in the world.”

And even if it is not yet official, after the statements of the producer of Erkenci Kuş, the possibilities of (re)seeing the return of Can and Demet on TV therefore seem certain.

In short, the energy that the two unleashed on the set, their perfect understanding, the chemistry demonstrated and their skill would be a waste to make them go missing and Turgut is aware of this.

Uncomfortable Reaction from Lojain Omran When Meeting Cardi B in Paris.. Watch 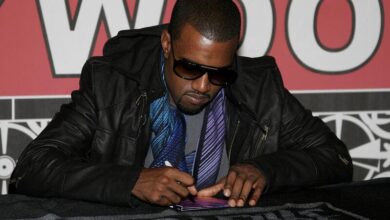