Sudanese forces arrested around 160 people on the border with Libya who were en-route to the war-torn neighboring country to work as “mercenaries”, a state-linked paramilitary group said Sunday.

“The joint security forces stationed at the Sudanese-Libyan border arrested 160 people who were going to work as mercenaries to fight in Libya, including two foreigners,” Sudan’s Rapid Support Forces (RSF) said in a statement.

The RSF is led by Mohamed Hamdan Dagalo, a leading member of Sudan’s transitional ruling council.

“We have been monitoring and securing the border with Libya to combat illegal migration, human trafficking and all cross-border criminal enterprises,” he added. 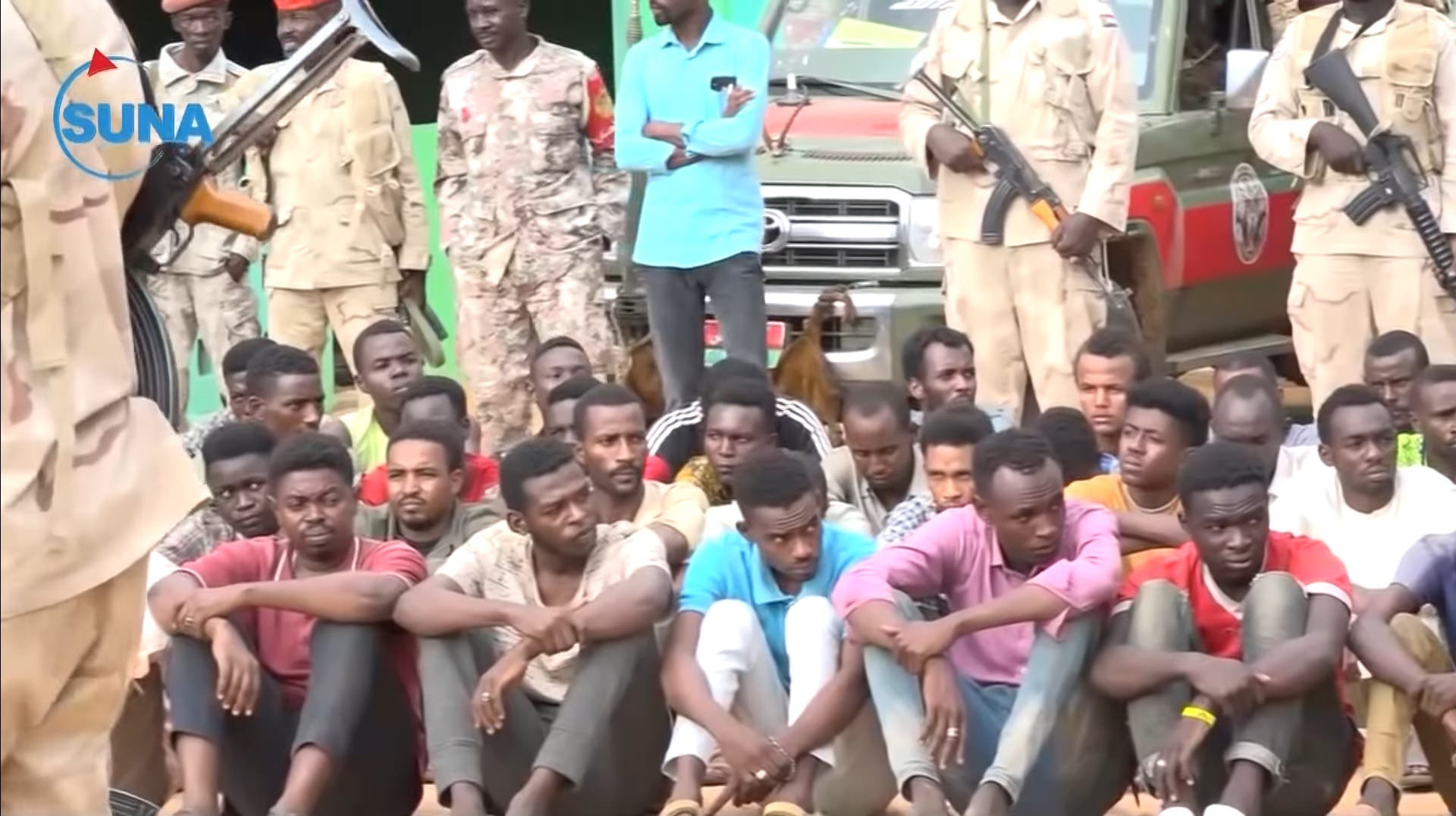 A screengrab of a video published by Sudan News Agency on June 29, 2020 showing some of the 122 fighters who were allegedly intending to serve as mercenaries in Libya’s civil war . (Twitter/via @SUNA_AGENCY)

In January, a United Nations panel of experts said many Arabs from Sudan’s conflict-wracked region of Darfur and neighboring Chad were fighting as “individual mercenaries” in Libya.

The panel said they belonged to the same tribes that made up a majority of RSF personnel, but said there was no “credible evidence” that the RSF itself had deployed in Libya.

Sudan’s Darfur region itself remains scarred by war after a rebellion in the early 2000s against al-Bashir was brutally suppressed.

Libya has turned into a regional proxy-war in recent years, amid chaos following the 2011 uprising that toppled and killed dictator Moamer Gaddafi.

Since 2015, a power struggle has pitted Tripoli-based Government of National Accord (GNA) against the Libyan National Army (LNA) headed by General Khalifa Haftar, based in the east of the country.

Last month, Khartoum arrested 122 people including eight children in western Darfur who were allegedly intending to serve as mercenaries in Libya’s civil war.

In an interview with AFP in June, Sudan’s then foreign minister Asma Abdalla denied that Sudanese forces were involved in the conflict in Libya.