Sudan will decide to float its currency once it has sufficient foreign reserves, and is also in talks with several parties to secure loans and grants, the country’s acting finance minister said in an interview this week.

Sudan has been in a deep economic crisis since a transitional government took control in mid-2019 following an uprising, with inflation at 254 percent in December and widespread shortages of fuel, bread, and electricity.

IMF Managing Director Kristalina Georgieva said last month that the fund is working “very intensively” with Sudan to build the preconditions for broad debt relief, and will assess progress on a staff-monitored program in March.

Closing a widening gap between the official exchange rate of 55 Sudanese pounds to the dollar and the black market rate, 360 on Friday, is a key component of the 12-month IMF monitoring program that Sudan hopes will lead to relief of almost 60 billion dollars in foreign debt.

“We in the government must commit to unifying the exchange rate, and the decision to float the currency will be taken following the provision of foreign reserves in the central bank, in addition to economic policies that control the supply and demand,” Hiba Mohamed Ali told Reuters on Thursday.

“The timing for floating the currency is determined by having the appropriate circumstances so that there isn’t a big jump in the exchange rate,” she added.

Undertaking reforms and getting debt relief would free up access to further financing.

“We expect to receive several grants and loans this year after the removal from the US terror list, and if we reach the decision point with regards to Sudan’s debts,” Ali said, referring to Washington’s dropping of Sudan from its list of state sponsors of terrorism in December.

She said Sudan was in talks with several parties, including the IMF and US Treasury Department, and said it was also in negotiations for $2 billion in financing from the World Bank.

“The World Bank generally does not comment on lending programs that have not been considered by our Board,” a spokesperson told Reuters.

A source close to the negotiations cautioned that Sudan’s arrears to the World Bank still needed to be cleared. The United States last month signed an agreement to provide a bridge loan to clear the $1.2 billion the country owes the World Bank.

World Bank financing would likely come in below the $2 billion mentioned by the minister, the source said. 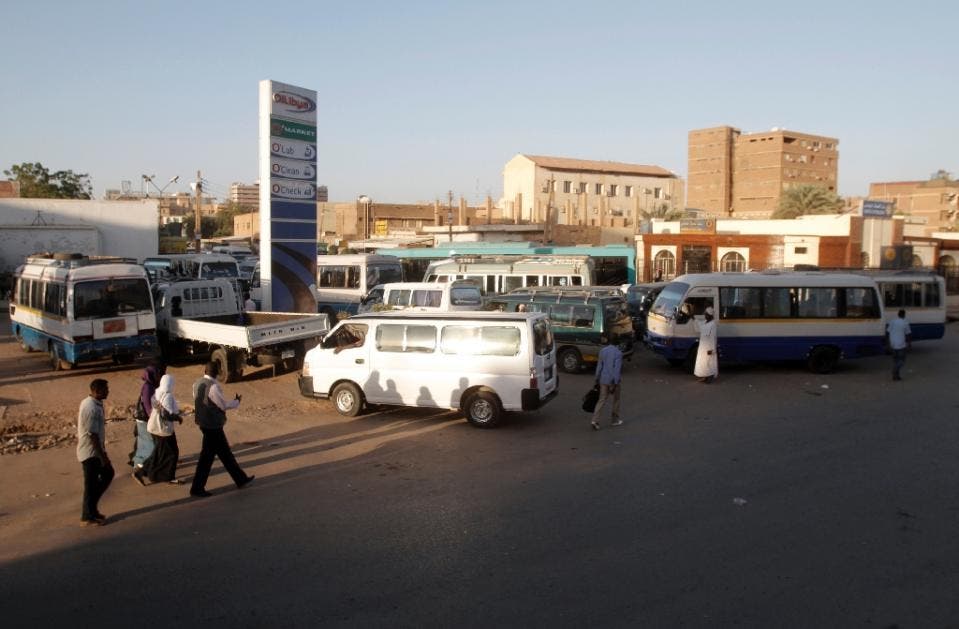 A file photo shows drivers queue up in their vans for fuel at a gas station in the Sudanese capital Khartoum. (AFP)

Ali said economic reforms such as the removal of fuel subsidies last year were necessary to undo the effects of the 30-year rule of former President Omar al-Bashir, who was ousted in April 2019.

“These are painful procedures for the citizen but they are necessary and inevitable,” she said, adding that the government had maintained some subsidies, and will begin to roll out a family support program in two weeks that aims to cover 80 percent of the population.

Sudan has received $200 million of the $400 million needed from donors for the program’s first year, Ali said.

Sudan continues to subsidize the country’s 1.9 million ton yearly wheat consumption, of which Ali said 650,000 to 700,000 tons would be sought through direct purchase abroad this year.