A turtle heading into the sea, a volcanic eruption, and a spectacular sunset feature; bathing hippos to dramatic cityscapes, are some of the best drone photographs of the year.

The international Drone Photo Awards are a celebration of aerial photography.

Drones are in many ways photography’s equivalent of unlocking ‘God mode’ – and the winners of this year’s Drone Photo Awards 2021 have certainly backed up that theory with some incredible aerial shots.

Ever wanted to fly among thousands of pink-footed geese?

The prize celebrates the best of aerial photography, with Norwegian photographer Terje Kolaas’s image Pink-footed Geese Meeting the Winter named the overall winner. The image, shot in Norway, features geese flying towards Svalbard in the Arctic, with the landscape still covered with snow.

And the entries that caught the attention of the jury? Well, those feature everything from monster waves and volcanic eruptions to buffalo buffets and even a 500-year-old monastery in Moscow.

Over and above: stunning images from the Drone #Photo Awards 2021 #photography via @guardian https://t.co/gQqGIHAn8a pic.twitter.com/R7zIbaCmDP

This seventh edition of the drone photo awards, which is run in conjunction with Italy’s popular Siena International Photo Awards, attracted around 14,000 submissions from over 100 countries worldwide.

The aerial photographs don’t just take in natural wonders, though.

Along with aerial images of wildlife, the awards recognized photos taken using drone technology in categories such as weddings, nature, urban, sport, and abstract.

Md Tanveer Hassan Rohan’s image shows a colorful harbor in Bangladesh from above. During the pandemic, people used the boats to travel on the River Buriganga – creating a mismatched pattern of water and transport.

From bathing hippos to dramatic cityscapes, these are some of the best drone photographs of the year https://t.co/C1HMyt3Br2

Omani photographer Qasim Al Farsi won the Wildlife category with Back to Adventure. The Urban award was won by Russian photographer Sergei Poletaev for his image Metaphorical Statement About City and Winter. The sport was won by Australian photographer Phil De Glanville for Gold at the End of the Rainbow, which captures a rainbow above surfer Ollie Henry.

The winners will be showcased in the Above Us Only Sky exhibition, scheduled to take place in Siena, Italy from Saturday, October 23 until Sunday, December 5, as part of the Siena International Photo Awards.

Drone Awards is the most important worldwide competition for aerial photography and video. It’s a project of Siena Awards, dedicated to a different photographic genre deliberately separated from being compared to traditional photography. 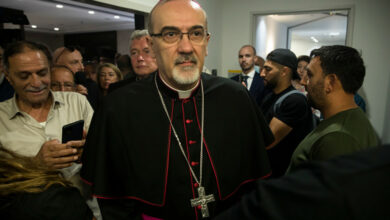