Stateless Heritage is an exhibition that sets out to challenge the mainstream narratives of refugee experience; of humanitarian crises, victim-hood and suffering. In their first UK solo presentation artist and architect collective DAAR (Decolonize Architecture Art Research)- Sandi Hilal and Alessandro Petti – refuse the dominant Western notion of heritage. They propose to reorient heritage towards nonhegemonic forms of collective memory.

The camp traces its history back to 1949, near the start of the Nakba, when Palestinians started to be displaced by the newly established state of Israel. A large light box installation of Refugee Heritage DAAR – Sandi Hilal and Alessandrao Petti. Photo-dossier Luca Capuano. PRESS RELEASE Stateless Heritage,

DAAR – Sandi Hilal and Alessandro Petti Preview 12 October 2021 photographs is placed in the gallery to evoke the geography of the camp, giving visitors an insight into its urban and social fabric. DAAR commissioned photographer Luca Capuano, who had previously documented Italy’s World Heritage Sites for UNESCO, to take these images. The aim was to document Dheisheh as a living monument of ‘permanent temporariness’.

Elsewhere a series of photo-books documenting the 44 villages of origin of Dheisheh’s residents are placed on plinths of varying heights, forming a kind of landscape or ruin. Visitors will make a “journey of return” which is impossible for the camp’s refugees due to the Israeli authorities’ negation of the internationally recognised right of return for Palestinian refugees.

DAAR’s nomination to register the camp as a World Heritage Site (which premiered at this year’s Venice Architecture Biennale) is intended as a provocation, to expose how the definition of heritage is not universal as claimed, but subject to nation state control and has colonial foundations. Visitors can consult the dossier of evidence for the nomination. By nominating a refugee camp, a territory outside the nation-state, DAAR open up different forms of heritage making.

The exhibition ends in a social gathering space, in the spirit of the refugee camp’s culture, where people can socialise, read, relax and organise.

Events in the gallery and online will explore themes including refugee heritage, subjugated heritage, statelessness and resistance to colonialism, through workshops, discussions, music, performance and film. Omar Hmidat will host The Living Room (Al-Madafeh), a weekly gathering of people from Dheisheh and

London, in the same informal and spontaneous manner he gathered people in living rooms in Dheisheh camp, before moving to London last year. In a collaboration with English Pen, Gazan poet Nayrouz Qarmout will be in residence in November writing in response to the exhibition. Addressing the UK government’s hostility towards refugees, Migrants in Culture will run workshops to design a campaign against the proposed New Plan for Immigration.

This exhibition is part of a wider movement to use heritage to resist colonialism and occupation which continues in Palestine, and to expose colonial and imperial legacies more widely. Stateless Heritage raises issues of migrant justice at a time when the right to claim asylum is under renewed threat in the UK and internationally.

In their practice art exhibitions are both sites of display and sites of action that spill over into other contexts: built architectural structures, the shaping of critical learning environments, interventions that challenge dominant collective narratives, the production of new political imaginations, the formation of civic spaces and the re-definition of concepts. In Refugee Heritage (2021) Published by Art and Theory, Sandi Hilal and Alessandro Petti present the UNESCO nomination dossier to register Dheisheh camp as a World Heritage Site, alongside discussions by contributors, and photo essays by photographer Luca Capuano.

About The Mosaic Rooms

The Mosaic Rooms are a non-profit art gallery and bookshop dedicated to supporting and promoting contemporary culture from the Arab world and beyond. We do this through contemporary art exhibitions, multidisciplinary events (including film screenings, current affairs, talks, book launches and more) artist residencies and learning and engagement programme. We work in partnership with local, national and international organisations to disseminate our arts programme to a wide and diverse audience.

Previous collaborations include partnerships with Chisenhale Gallery, Delfina Foundation, ICA, Shubbak Festival, London Design Festival, among others. They are a project of the A. M. Qattan Foundation.

About the A. M. Qattan Foundation

The A. M. Qattan Foundation (AMQF) is an independent, not-for-profit developmental organisation working in the fields of culture and education, with a particular focus on children, teachers and young artists. Founded and registered in 1993 in the UK as a charity (no 1029450) and as a charitable company limited by guarantee (no 2171893), it has had a registered branch in Palestine as a nonprofit organisation (no QR-0035-F) since 1998. The Foundation’s operations are mainly in Palestine, with interventions in Lebanon through Selat: Links Through the Arts, and in the United Kingdom through The Mosaic Rooms. World Television Day: All you need to know about TV! 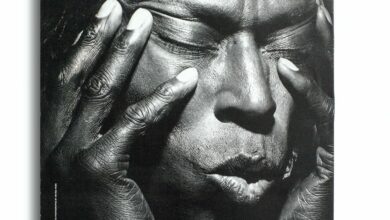