The Biden administration has greenlighted a $74 million deal that would see hundreds of Javelin anti-tank missiles sold to Brazil despite efforts by some US officials to block the move.

In a statement released Tuesday, the Pentagon said that Brazil had requested to buy 222 Javelin missiles and 33 Javelin Command Launch Units (CLU).

“The proposed sale will improve the Brazilian Army’s capability to meet future threats by increasing their antiarmor capacity. Brazil will have no difficulty absorbing these weapons into its armed forces,” the Pentagon said.

It also added that the sale would support US foreign policy and national security objectives, calling Brazil an “important force for political stability and economic progress in South America.”

Raytheon/Lockheed Martin Javelin Joint Venture are the prime contractors for the deal.

Brazil publicly admitted its interest in the Javelins during the Trump administration. The State Department, under the Biden administration, okayed the deal last year.

Nevertheless, the sale has been approved, much to the discontent of some of Biden’s fellow Democrats.

A US government source told Reuters that some officials “within State working levels” were hoping to stall the deal because of what they cited as Bolsonaro’s actions and rhetoric as well as some measures of Brazil’s military. “Such concerns are not shared among Defense Department officials nor State leadership,” the source was quoted as telling Reuters.

Elections are slated to be held in Brazil on October 2, and Bolsanaro risks losing his seat to the country’s former president, leftist Luiz Inacio Lula da Silva. 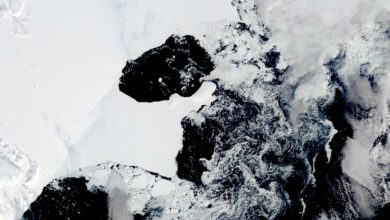 Map: What will NATO look like with Finland and Sweden included?