Spanish Prime Minister Pedro Sánchez on Tuesday announced temporary taxes on banks and energy companies and promised a series of measures to help people suffering from soaring inflation and utility costs as Russia’s war in Ukraine drags on.

The taxes on the banks and natural gas, electricity and petroleum companies are expected to bring in 7 billion euros ($7 billion) over two years, the Spanish government announced.

Speaking in an opening address to a State of the Nation parliamentary debate, Sánchez said he was “fully aware” that people are having a hard time economically and that “more and more, wages don´t go as far, that it´s difficult to make ends meet.”

Along with the corporate taxes, Sánchez announced free commuter rail passes between September and December and discounts for urban mass transit services. Students over age 16 who receive grants also will receive a 100-euro ($100) supplement, he said.

The State of the Nation debate is normally considered a measure of how Spain’s government is performing. The one taking place Tuesday is the first since 2015, due to election complications and the coronavirus pandemic.

The popularity of Sánchez´s left-wing coalition government has declined in the third year of its scheduled four-year term despite introducing multiple measures to help people weather the current financial hardship.

Spain emerged from the pandemic with its economic outlook looking bright, but the war in Ukraine, soaring inflation, high energy costs and severe unemployment are now proving to be major obstacles for a recovery.

Sánchez said Spanish consumers need to save energy by working more from home and using less heating and air conditioning. “We can do it and we are going to do it,” he said. 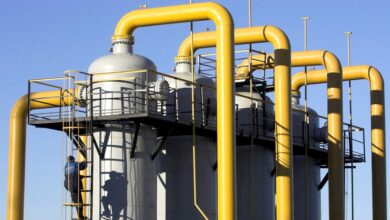 Billionaire Jack Ma plans to give up control of China’s Ant Group: Report