SpaceX and NASA made history again Sunday evening as four astronauts — the first foursome ever to lift off atop a rocket — launched successfully to the International Space Station from Florida.

The Falcon 9 rocket and Crew Dragon capsule Resilience lifted off into a partly cloudy, dark sky at 7:27 p.m. EST from Kennedy Space Center.

The launch began a 27½-hour journey through space to the orbiting platform, which passed over the launch site just before liftoff. The astronauts planned to sleep aboard the spacecraft, which is about 27 feet tall including an attached storage trunk.

Unlike this year’s previous Crew Dragon mission, the astronauts who headed to space on Sunday did not plan to perform any navigation of the self-guided capsule unless necessary, according to NASA.

The rocket’s first-stage booster landed successfully on a barge in the Atlantic Ocean a little over 9 minutes after liftoff. SpaceX intends to use that booster to launch the next astronaut crew to the space station in spring 2021.

Live video from inside the capsule showed the four astronauts safely ensconced in their SpaceX spacesuits and chairs. After about 12 minutes, the capsule separated from the rocket’s second stage and flew independently.

RELATED Astronauts prepare for most crowded space station in years
Astronauts had said earlier in the week they were eager to fly.

The flight marks the first SpaceX crewed mission considered to be operational after NASA certified the rocket and capsule for regular missions last week. Two astronauts, Bob Behnken and Doug Hurley, flew with SpaceX in a two-month demonstration mission to the space station this summer.

RELATED Astronauts arrive in Florida for historic launch Saturday
The mission also is the first routine flight to the space station under NASA’s Commercial Crew Program, in which the space agency contracts to use spacecraft developed and owned by private companies, namely SpaceX and Boeing.

President George W. Bush’s administration proposed the program and President Barack Obama’s administration began it. On Sunday, Vice President Mike Pence and his wife, Karen, traveled to Florida to watch that plan advance during a visit to Kennedy Space Center for the launch.

The vice president, who has pushed for the United States to return to the moon — with a goal of 2024 — planned to return Sunday night to Washington, D.C.

Sunday’s launch is only the second crewed liftoff from U.S. soil since the space shuttle program ended in 2011. Since then and until this summer, astronauts only could reach the space station via Russian Soyuz capsules launched from Kazakhstan.

Astronaut Hopkins, 51, is flying with pilot Victor Glover, 44, and mission specialists Shannon Walker and Soichi Noguchi of Japan, both 55. Glover is on his first trip into space; the other three astronauts have already been to space.

The astronauts made final phone calls to families and signed their names on a wall in the white room, the antechamber before entering the capsule.

The countdown to liftoff saw only one hitch when the hatch door didn’t seal completely at first. Technicians found debris and removed it, and then repressurized the capsule completely within minutes, according to NASA and SpaceX announcers.

Unlike the previous Crew Dragon launch in May, when NASA discouraged visitors due to the COVID-19 pandemic, SpaceX said it welcomed onlookers Saturday. The space agency limited the number of people allowed on its property, however.

“We hope lots of people come out to watch the launch safely, with lots of masks,” said Benji Reed, senior director of human spaceflight for SpaceX, during a press conference Wednesday.

Overcoming restrictions due to the pandemic was the primary reason the astronauts named the capsule Resilience.

“This would all be hard just in normal circumstances. But, you know, Resilience absolutely resonates with me and the rest of the team, because that’s what it takes,” said Norm Knight, NASA’s deputy director of flight operations.

What is MCT Oil? Nutrition Facts You Should Know 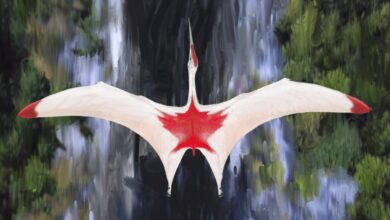 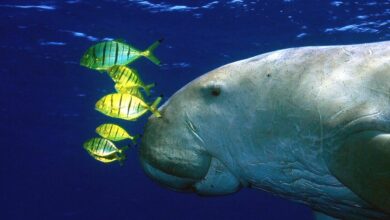