The launch is scheduled for 9:19 p.m. from Launch Complex 40, about 15 miles north of Port Canaveral. The launch was postponed Friday when weather predictions were not favorable.

The National Weather Service forecasts clear skies and a calm breeze on the Space Coast on Monday night.

The company already has 122 of its dinner table-sized satellites in orbit, each weighing about 573 pounds — the weight of an upright piano. With the Monday launch, SpaceX would further advance toward its eventual goal to launch tens of thousands of satellites to beam high-speed internet service to the planet.

One of the satellites prepared for Monday’s launch has an experimental non-reflective coating as part of SpaceX’s efforts to make Starlink less visible in the night sky. The American Astronomical Society and other stargazers have complained that the satellites have ruined some observations and photos of stars or distant galaxies.

SpaceX previously launched 60 satellites at a time in May and November, with two test satellites launched before that.

SpaceX says its Starlink network would provide service that “far surpasses that of traditional satellite internet,” with a global network “unbounded by ground infrastructure limitations.”

Company engineer Tom Praderio said in May that Starlink had tested the satellites by beaming a signal at speeds of 600 megabytes per second into jets in flight. That compares to 25 megabytes per second recommended by the Federal Communications Commission for streaming ultra-high-definition video.

SpaceX founder and CEO Elon Musk highlighted the Starlink connectivity by tweeting in October, “Sending this tweet through space via Starlink satellite” and then “Whoa, it worked!!”

Musk addressed a critic directly on Twitter in May. He posted, “There are already 4,900 satellites in orbit. … Starlink won’t be seen by anyone unless looking very carefully.”

Each Starlink satellite has small thrusters that use electronic propulsion fueled by krypton gas. The motors will help direct the spacecraft if it is headed for a collision with another space object.

The thrusters also help the satellites re-enter Earth’s atmosphere and burn up at the end of their useful life or if they become obsolete. If the thrusters fail, the low orbit of the satellites would mean burning up within five years, anyway, the company said.

Have You Met Tokyo’s Olympic Mascots Miraitowa and Someity? 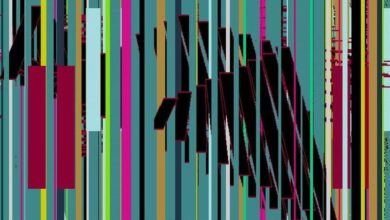